The province has announced a plan that could connect students and out-of-work Ontarians with jobs in long-term care homes through the pandemic. Critics say it's the opposite of what the sector needs
Nov 9, 2020 5:45 PM By: Casey Taylor 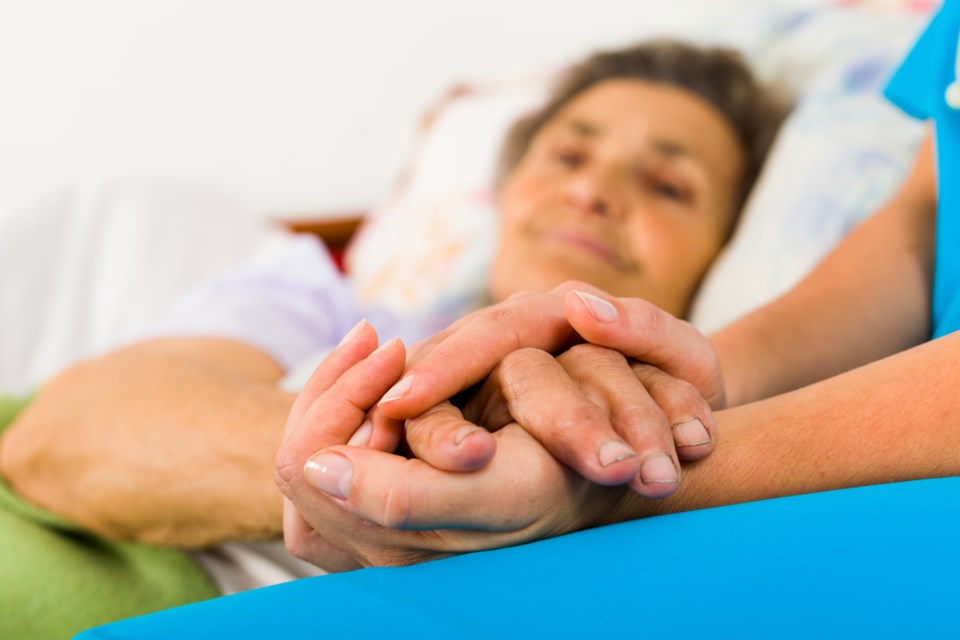 The province announced the program on Monday, saying it's also meant to benefit people who are currently out of work or looking for new opportunities, like those working in retail, hospitality, and administrative roles, as well as students.

"This is another layer to support our long-term care homes in Ontario," said Dr. Merrilee Fullerton, Minister of Long-Term Care. "We had a crisis in staffing leading into COVID, and obviously that was being addressed but COVID certainly accelerated the need."

The province says people looking for work will be able to create an online profile where they'll be screened, trained, and matched with a long-term care home in need of support.

"It is not to replace PSWs or nurses," Dr. Fullerton reassured. "The role that Resident Support Aides have is a non-care role."

The province says appropriate training is still required and will consist of online modules developed in partnership with the Michener Institute in Toronto, which is part of the University Health Network, and focusing on Infection Prevention and Control, Personal Protective Equipment, and 'review and overview of long-term care and seniors care.'

"There will be screening to make sure that the individuals are suited for this type of work," said Dr. Fullerton. "They need to have good judgment obviously and good inter-personal skills, and the ability to observe residents and any behavioural changes that might require more assistance than they can provide."

But criticism has been quick with concerns the province is filling what should still be considered skilled jobs with under-qualified workers.

"I definitely think it's a mistake," said Dr. Vivian Stamatopoulos, Ontario Tech University Associate Teaching Professor and long-term care advocate. "We should have learned by now, particularly from the military report and the long-term care commissioners who have noted that this is very skilled work and it needs to be provided by trained healthcare professionals. Plain and simple."

"We're not replacing them, there aren't targeted efforts to replace them to the scale that we need, and instead we're focusing on, effectively, anybody off the street who can just come in and provide care in a very dangerous and vulnerable situation," said Dr. Stamatopoulos.

"You need the right staff at play," she said. "Mistakes, however honest, made during a pandemic, in this sector, prove deadly."

The province, meantime, says it is continuing to focus on attracting and retaining more PSWs and nurses, having set a recruiting target of 3,700 additional frontline healthcare workers ahead of last week's budget.

"But we are not waiting, we can't just instantly have 23- 26,000 people materialize,'' said Dr. Fullerton. "But we are actively working on this to make sure that we use every innovative measure that we can to attract people to long-term care and retain them."

She said, as it stands, about half of PSWs in training drop out before finishing and about half of those who do graduate tend to leave before reaching two years on the job.

"So we really have to modernize long-term care and not only repair it from COVID but make it a place that people want to work," said Fullerton. "And that's going to take many things but I think if we can create more opportunity for people, in a meaningful role, then they will come."

Dr. Stamatopoulos, however, says she believes the RSA program reflects a de-skilling of the long-term care labour force and a race to the bottom.

"Two decades ago, nursing homes were made up of predominately nurses, that was the lion's share of that work force hence the term 'nursing' homes," said Stamatopoulos. "It's not a coincidence that as the share of for-profit long-term care ownership increased, we saw this staff mix flip on its head."