The NDP says the 'More Than A Visitor Act' will ensure long-term care residents aren't cut off from caregivers during another lockdown
Sep 16, 2020 4:30 PM By: Casey Taylor 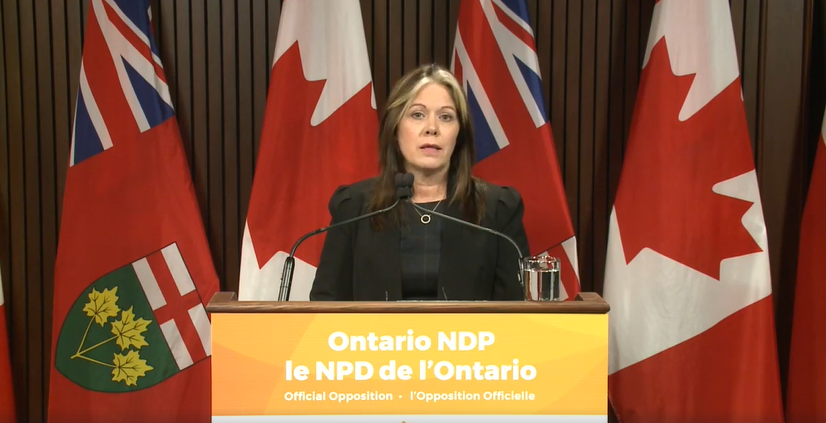 Gretzky's bill would establish rights for residents across all congregate care settings and ensure they are guaranteed safe, meaningful access to their caregivers.

The bill would also make it so the government would not be able to unilaterally take those rights away without proper consultation.

"As the case counts go up and the risk increases, it is more important than ever to make sure that we strike the right balance between enforcing public health measures while acknowledging the overall mental, emotional, and physical health and wellbeing of people in long-term care," said Gretzky as she announced her bill.

The bill is drawing support from a national seniors' advocacy group.

"We're very concerned that essential family caregiving may get taken and reduced back," said Laura Tamblyn Watts, CEO of CanAge. "So as a result, we're supportive of any innitiative that ensures that older people in long-term care get those essential family visits that they need."

Watts said the current government directive does include a provision for residents to still be allowed one essential family caregiver during another lockdown though the NDP bill would take reassurance and make it law.

She said the last lock down left many residents alone, in their rooms, for months.

"Some of the ways that they've seen that suffering manifest is not just an increase in loneliness and depression, though that certainly has been the case, but also in physiological changes," said Watts. "So people who are not as able to walk, people who have stopped or really reduced their eating."

Watts said there are cases where people have said their family members are near starving because they have no one to eat and socialize with.

"So it's a really important bill that the NDP is putting forward to put into legislation where this government has got to by now more by a recommendation, and they want to make sure that those recommendations don't disappear because the loss has been unbelievable in many cases."