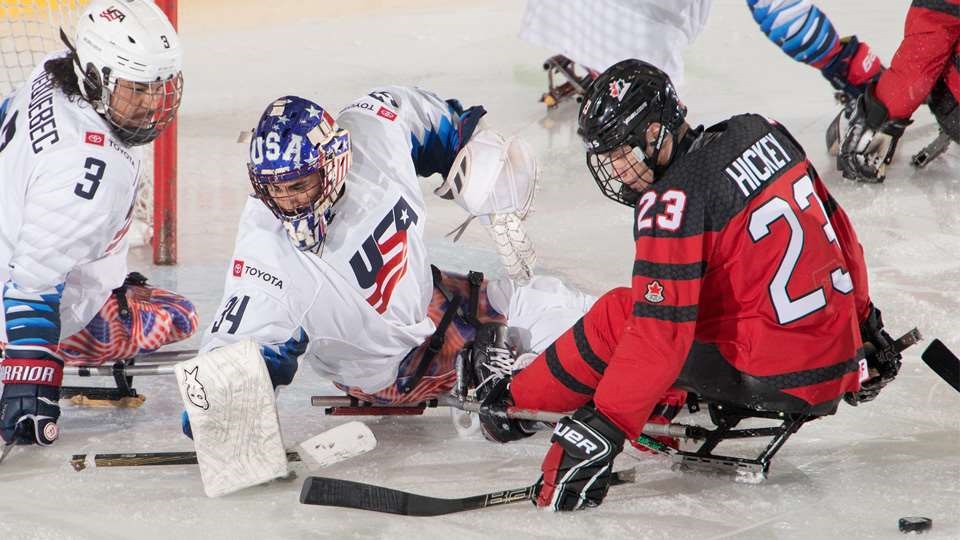 The Canada-U.S. hockey rivalry will heat up on the ice in Elmira later this week.

The last time the two teams met was in the gold medal game at the 2019 Canadian Tire Para Hockey Cup in December, with the Americans edging Canada 2-1 in the final.

Prior to the series, players will gather ahead of time for a training camp, which will include both on and off-ice sessions.

The captain of the Canadian squad says they're pumped to be here for the week and play in front of the home crowd.

"Our schedule typically consists of two, maybe three tournaments ... possibly the opportunity to play the odd two, three game series, like we are this week." Tyler McGregor told The Mike Farwell Show on 570 NEWS. "We spend a lot of time training on our own, we're very self-motivated, so it's a challenge in that sense, but we still feel very grateful to have every opportunity that we do get, to represent Canada and play in these types of games,"

At age 16, McGregor lost a leg to cancer, adding sledge hockey offered him a sense of purpose.

"It gave me that goal, of a Paralympic gold medal, or world championship gold medal ... This sport and this team has given me relationships and friendships that, you know that I cherish very much," said McGregor, who grew up in Forest, Ont. "It's those type of things that continue to keep you motivated, not only as a hockey player, but in other areas of your life ... how you do one thing is how you do everything,"

He says instincts are the same, it's physical adjustments that have to be made when transitioning to sledge hockey, "Obviously sledge hockey is a sport that's played with just your upper body ... there's some differences in terms of learning to shoot, skate and pass ... and trying to do that all at once with your hands,"

Both games will be played at the Woolwich Memorial Centre:

You can find more information on Hockey Canada's website.