The plan will also address capacity in temporary accommodations ahead of winter
Sep 24, 2020 5:00 PM By: James Sebastian-Scott 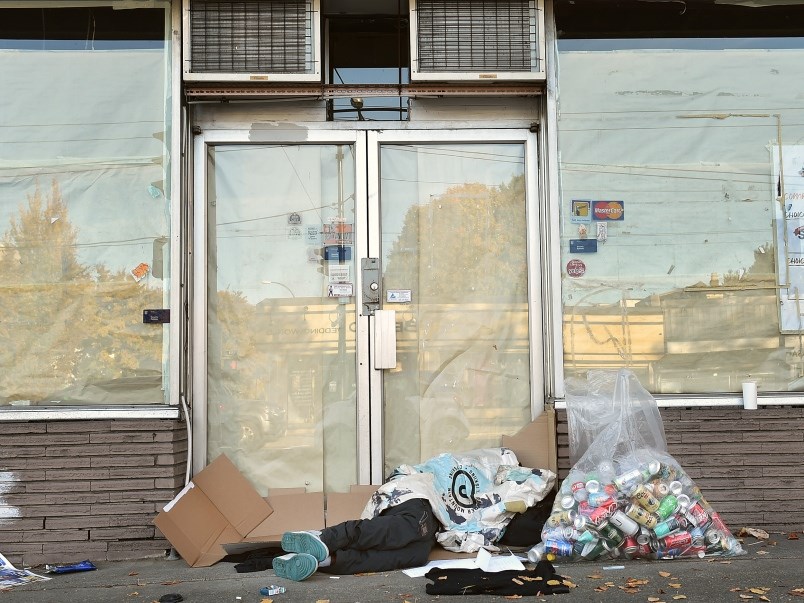 Three community organizations are working together in order to continue protecting the homeless population from COVID-19 as well as increasing capacity in temporary accommodations with the colder months ahead.

YWCA KW will be operating out of St. Mark's Lutheran Church in Kitchener, while the Working Centre will operate out of the Waterloo Cooperative Residence's Hammar Building in Waterloo.

The third location has been identified but details will not be released until agreements are signed.

Elizabeth Clarke is the CEO of the YW and she tells 570 NEWS that up to 60 new beds will be offered for men by the YW.

"There's a lot going on," said Clarke, "our project is one of three new shelter projects that will get up and running in the next couple of weeks (...) the YW is reopening the temporary shelter that we have operated over the last few winters and our project will be for up to 60. We think it won't require that many but we have the capacity to go that high."

Clarke adds it's for single men who specifically have had difficulty accessing the other shelters.

Our region has been grappling with capacity issues in the region's shelter system since about 2017.

"Long before COVID-19, we realized that we needed to expand the ability to serve people," said Clarke, "COVID created new pressures because all of a sudden the way the shelters have been operating didn't work any more and a lot of that had to do with things like physical distancing and the fact that most of the shelters closed down during the day."

Clarke adds that since the pandemic began, the region had to move people into motels in order to bring the numbers down in the individual shelters so that people can have the space that they need to practice distancing and help keep them safe.

"One other thing that's really happened - that our attention has been drawn to - is that over the last year, there are people who don't use the shelter system or are unsheltered," said Clarke, "with all of the closures that we had in the spring and early summer, these folks were really the ones that struggled the hardest because there really were no supports available to them and nowhere for them to go."

The region is trying to expand the services to people who can't use shelter or simply choose to not use shelter so there is something there for them.

The House of Friendship already provides 120 units which is 70 more beds than last year and there will be an overflow shelter available as well.

Joe Mancini from the Working Centre tells 570 NEWS that the additional supports that the organization is offering will include service for both men and women.

"The fact is, there is a significant portion of women who are homeless," said Mancini, "that number - even if it has been 20 or 30 per cent of the overall homeless group, it's still a significant number."

Mancini said that there are couples within the homeless community who typically like to be sheltered together.

"This reality means that they are separated through the shelter system," said Mancini, "it's just important to provide alternatives to them that way."

The Working Centre will take on 80 units of housing in a former student residence and it will help people actually have a place to live.

"What we are getting is over 150 more shelter type beds than were available last year at this time." said Mancini.

The three locations will be fully-staffed that will allow for physical distancing and will provide people with food, harm reduction supplies, and supports to find permanent housing. The three locations are scheduled to open in two to four weeks.

Plans are also being made in Cambridge to add more shelter beds in that city over the coming months.

150 people have been moved from shelters into permanent housing since the COVID-19 pandemic began and there has only been one positive case of COVID-19 among that population.