'If the roads need to be plowed they are in the trucks, except the required bathroom breaks, basically all 13 hours' said Christine Koehler with the City of Waterloo
Feb 14, 2019 6:30 AM By: Leah Johansen 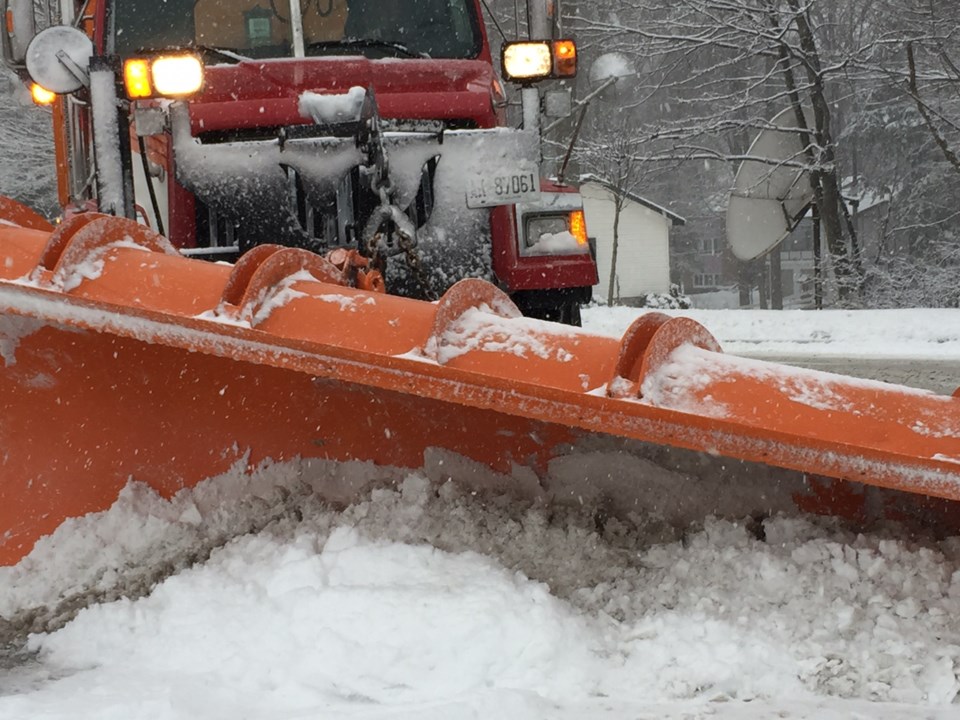 If you think you've had a rough couple of days with snow and ice, you may want to think about all our local snow plow drivers braving city streets.

Christine Koehler, Director of Transportation with the City of Waterloo says many drivers are working on 13 hour shifts with an eight hour break before heading back out to brave the snow.

"If the roads need to be plowed they are in the trucks, except the required bathroom breaks, basically all 13 hours," says Koehler.

She says it's been all-hands on deck over the last couple of days.

"We have 11 vehicles out, three loaders, and our park staff are out doing the sidewalks and trail systems as well."

A snow event is in effect for Kitchener, Cambridge, and Waterloo, with no parking on city streets until noon for the clean-up.

"Up until the end of last week, approximately February 8th, between transportation and parks, we've spent about 11 per-cent of our budget."

Koehler says they include costs of about five major snow events in the annual budget.

The City of Cambridge is also dealing with many employees working overtime.

"Daytime operators are working 7 a.m. until 3 p.m., during major events like this, they'll log some overtime and stay until 7 p.m. or 9 p.m," says Michael McGann, Director of Public Works with the City of Cambridge. "We have a night shift that generally comes in at 11 p.m., but during events like this they will come in early."

He says there are around 30 trucks on the roads daily, and most of the drivers operating them are working overtime.

If you're wondering how you can help make things easier for local plow operators, Koehler says it's all about following the snow event rules.

"We need to be able to get through the streets safely, and the parked cars hamper us from doing so," says Koehler. "We have to skip streets if they are narrow and there are cars parked on them."

McGann says "we like to remind residents to please be patient on the roadways, use caution on city streets, and drive according to conditions."