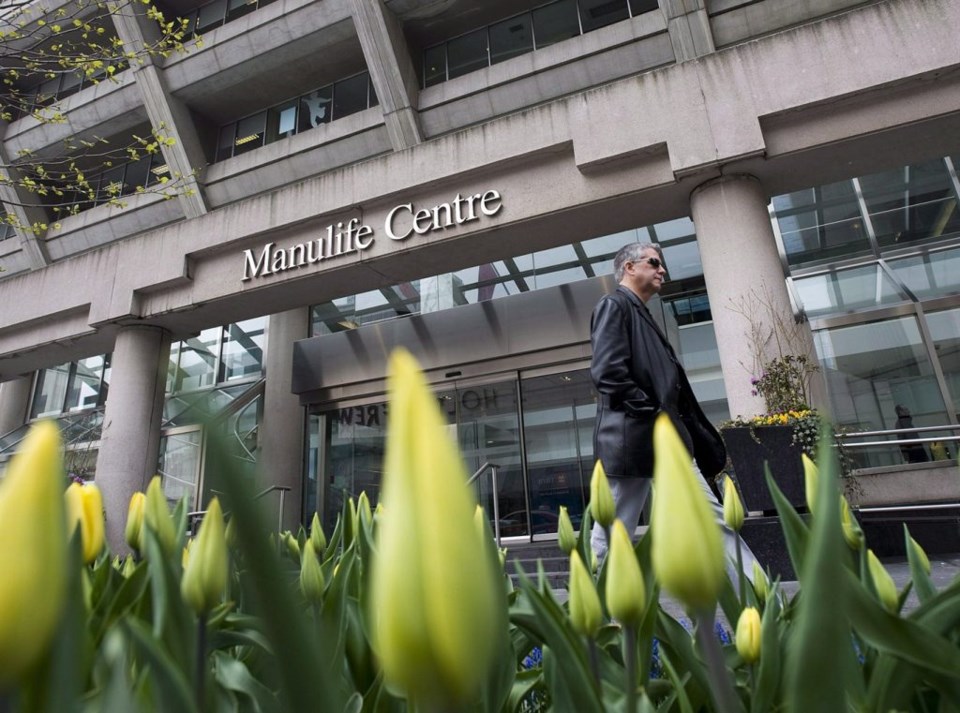 Two of Canada's biggest insurers delivered third-quarter earnings that beat expectations but while Manulife Financial Corp. got a boost from its Asia business, the region weighed down results for Sun Life Financial Corp.

Manulife's profit for the quarter ended Sept. 30 surged 42 per cent to $1.57 billion compared to the earlier-year period, helped by a roughly 22 per cent increase in core earnings in Asia that helped offset a drop in net income at home.

Canadian insurers have targeted Asia for growth in recent years, positioning themselves to benefit from burgeoning middle classes and demographic trends in the region. The strategy has paid off in previous quarters for both insurers in terms of strong profit growth, but provided differing contributions in the latest period.

Power Financial Corp., whose subsidiaries include Great-West Lifeco Inc., reported on Thursday adjusted net earnings attributable to shareholders of $578 million or $0.81 per share, up from $0.65 a year ago but short of the $0.82 expected by analysts.

Shares of Manulife were up nearly more than four per cent in Toronto at $22.37 in the afternoon, while Power Financial's shares were relatively flat on Thursday afternoon at $28.68.

"While Sun's ability to maintain the strong earnings from the preceding quarter is a positive, we note that the sequential and year-over-year decline in contribution from Asia will likely be viewed negatively," said John Aiken, an analyst with Barclays in Toronto in a note to clients.

"Management noted that the weaker performance was driven by higher new business strain, lower gains and higher expenses driven by investing in the business."

The underlying fundamentals of the economy in Asia still point towards "strong growth," said Sun Life Financial Asia president Claude Accum. Philippines and India showed strong quarterly growth, while there was some slowdown in broker sales in Hong Kong, he told analysts Thursday.

"That growth is not going to emerge in a straight line each quarter, but the underlying growth is robust."

Meanwhile, while Manulife's latest quarterly results were positively viewed, comments by a prominent short-seller about the potential negative consequences of an impending court verdict continued to cast a shadow.

U.S. short-seller Muddy Waters said last month that Manulife's life insurance subsidiary's recent trial in Saskatchewan involving an insurance contract purchased by a hedge fund called Mosten Investment LP, depending on the judge's verdict, could lead to "billions of dollars of losses." Mosten argued that it can deposit an unlimited amount of money with Manulife through the contract and received an annualized guaranteed return of at least four per cent — terms which could "financially cripple" the Canadian insurer.

Manulife's chief executive Roy Gori called this claim "commercially absurd" on Thursday, reiterating the company's view that this is contrary to the purpose of these insurance policies and associated regulation.

On a call with analysts discussing its latest earnings, Gori pointed to recent amendments to Saskatchewan insurance regulations which would limit the amount of premiums a life insurer may receive or accept for deposit in life insurance policies and associated side accounts.

Gori reiterated that Manulife intends to make submissions to the court, in light of these new regulations, to dismiss the Mosten case.

"We believe this should accelerate the resolution of the principal litigation matters in our favour... We remain highly confident that we will ultimately prevail in this matter and that it will not have any material impact on our business operations."

Manulife and Sun Life both have offices in Waterloo Region.