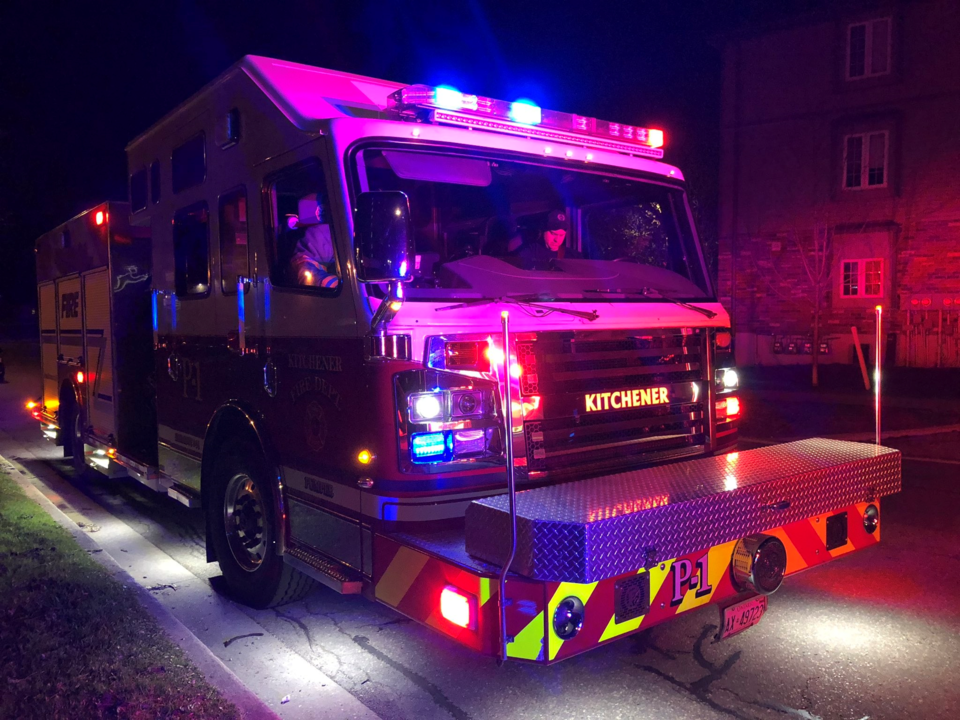 Three people were hospitalized after a fire in Kitchener.

Kitchener Fire crews said there was a full response initially of 15 to 20 staff when the fire was at its peak.

On arrival, they found flames and smoke coming from the basement, with what looked to be a heavy fire.

A man was rescued from the first and main floor and had to be resuscitated on-scene before being taken to hospital.

Two firefighters also had to be hospitalized for burn injuries, but were treated and released.

There's no word on the cause of the fire at this time or a damage estimate, but the Ontario Fire Marshal is investigating.

With files from Luke Schulz