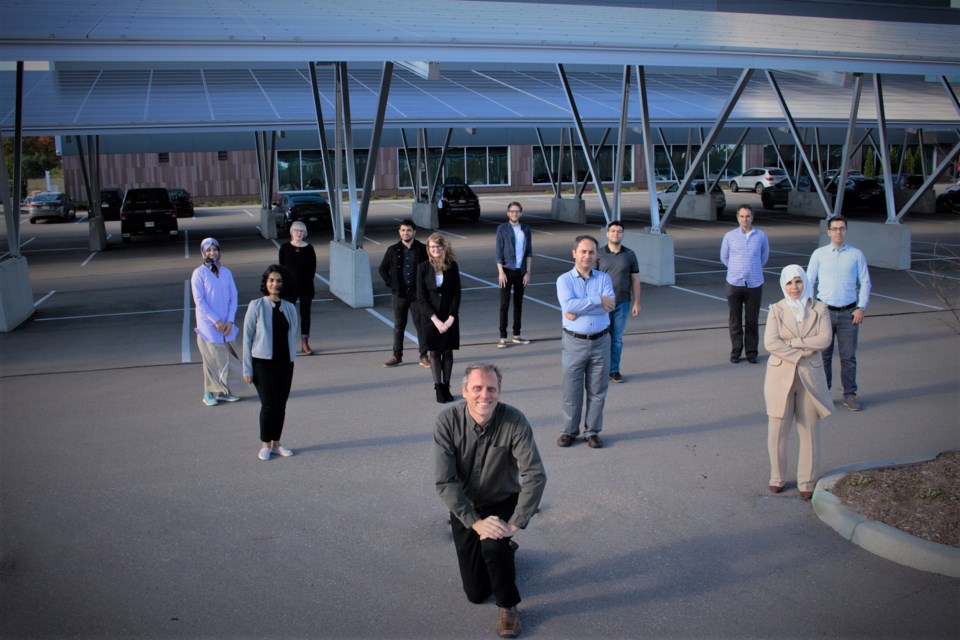 While many local companies look to their own creative solutions to weather COVID-19, local software development firm Boxbrite Technologies is making the move to a permanent virtual environment.

Moving to a “home centred office,” owner Leon Kehl said that the company’s fourteen employees have been working from home since the onset of the pandemic in March.

“We basically have always had the ability to have our employees work from home (…) I wanted them to have that capability to not have to drive into the office everyday. We had the hardware in place… which made it a lot easier when the pandemic hit…”

Speaking with 570 NEWS, Kehl said the decision to move permanently to a work-from-home environment came last week during an on-site photoshoot with staff at the evolv1 building in Waterloo.  With the team’s staff doubling since the onset of the pandemic, Kehl said Boxbrite’s current office space wouldn’t be enough to accommodate physical distancing for employees.

“I’m taking a look at some options for physical office space, and I’m asking… ‘Why do I need it? What do I need office space for? What is it really about? (…) what if I got rid of it?”

Kehl said that employees were invited to use resources from the company’s physical location in the initial move to a work-from-home environment in March. Since making the permanent move on Wednesday, Boxbrite Technologies has provided employees with a $500 stipend as well as any office tools they may need for a home centred work space. That decision coincided with Energy Efficiency Day, on which Kehl said he pledged to change the way the company fundamentally functions from the standpoint of reducing its energy footprint, keeping employees safe and reducing overhead costs.

When asked about the reception or impact on employees, Kehl said many employees are still sorting through the idea of working permanently from home. He said that one of the challenges presented by the new environment has been in maintaining the "watercooler talk" of a traditional office – something he said he’s looking to make progress on using technology.

“We don’t know what the impact will be yet, but I think, generally, it will be positive…” said Kehl. “But there’s also a positive impact on the environment, and that’s hard to quantify, but it’s the right thing to do.”

“It’s going to be tough – but we’re probably placed as best as any company can be (…) I don’t see the pandemic, regardless of how it unfolds as changing the need for what we’re doing and how we’re doing it. Let’s move forward and trust that things will work out.”