Large portion of population still ‘uncertain’ about vaccine, encouraged to seek out information on concerns
Jan 12, 2021 6:30 AM By: Luke Schulz 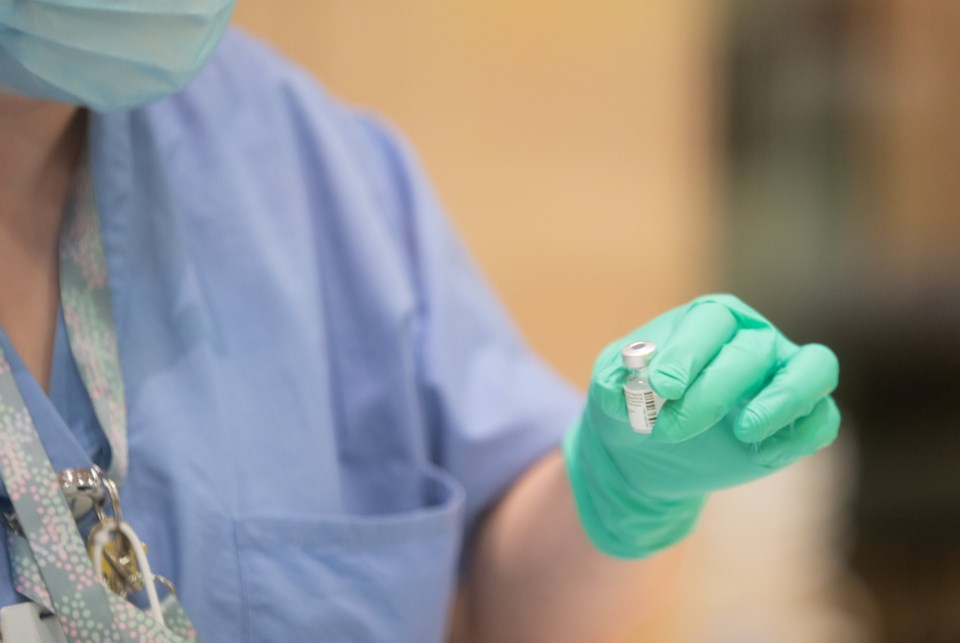 As the province surpasses 100,000 vaccines administered since the beginning of its prioritized roll-out, there may still be some with hesitation to roll up their sleeve when the time comes to get the shot. And while our Region’s vaccine task force says it may be some time before that opportunity comes to the general public, Kelly Grindrod believes there’s likely to be a lot of attention focused on providing those who are uncertain with the information they need to help make an informed choice.

Grindrod is an Associate Professor with the University of Waterloo’s School of Pharmacy. Speaking as a guest on Kitchener Today with Brian Bourke on Monday, Grindrod spoke to the common misconceptions and myths around the two approved COVID-19 vaccines in Canada, and the potential concerns around the rapid pace of vaccine development and vaccine efficacy. Those vaccines, according to Grindrod, are mRNA or messenger RNA vaccines - a type of vaccine that carries a piece of the protein on COVID-19 to instruct the body on how to properly defend itself. Grindrod said there has been a misconception that mRNA vaccines change the genetic makeup of the body – as she said, that’s not accurate in any way.

“These vaccines are just taking a tiny piece with a tiny little bit of instruction, saying ‘hey body, here’s how you make a spike protein. Remember it – if this comes back, fight it.’ – it’s not changing your DNA in any way.”

Speaking to some of the further misunderstandings around mRNA vaccines, Grindrod said there are some who take issue with the ingredients in vaccines. According to Grindrod, most people can recognize a number of the ingredients in the available COVID-19 vaccines – though some have misidentified polyethylene glycol (PEG), an ingredient that helps create a fatty layer to protect the mRNA spike protein as ethylene glycol, a raw material used for antifreeze products.

“mRNA is very fragile…” said Grindrod. “… scientists had to figure out how to protect it and make it so it could actually get in your body and deliver instructions instead of just disintegrating in the vial, for example.”

“The PEG helps to construct that fatty protective bubble – almost like a little life jacket.”

Grindrod said PEG is a familiar compound for pharmacists, typically used to treat issues of constipation in products like Lax-a-day or RestoraLAX and found in certain cosmetic products.

While some may take issue with the speed of COVID-19 vaccine development, Grindrod said research into mRNA vaccines started in the late 70s, with recent years spent trying to figure out how to keep mRNA stable. She said mRNA vaccine development had been considered for Ebola Virus, Zika Virus and even cancer vaccines, though when COVID-19 hit, healthcare professionals across the world worked together to find a solution.

“In normal vaccine trials, we’re used to slow vaccine research – but that’s no good. The problem with vaccine research is that it’s inefficient and poorly funded – and so there’s a lot of waiting between stages, it’s hard to recruit people…” said Grindrod. “In this pandemic, there’s unprecedented money spent – they managed to cut out inefficiencies – the waiting between stages.”

“When we say it’s too fast, it’s because (…) we’re used to it being really slow… which is not a good thing. This is how it should work. This is incredible process in an important amount of time.”

Grindrod said there are still questions being asked, however, as health professionals still don’t know everything there is to know about COVID-19. She admits that the risk from the virus, however, continues to be very high, with potential complications from infection, the possibility of long battles with the virus and what she calls a ‘fairly high fatality rate’ compared to something like the flu. Grindrod said, from a safety perspective, clinical trials so far have shown that vaccines are safe – with tens of thousands of people in trials and millions of people now receiving the vaccine across the world.

“In healthcare, what we’re really interested to know is how long this vaccine lasts for – we want to know… will you need a booster in a year? In five years? What about variants?” said Grindrod. “Those are some of the long-term questions that we’re asking. They’re not reasons to avoid the vaccine, but they might influence whether you get a booster dose next year… kind of like we get an annual flu shot.”

On vaccine hesitancy, Grindrod acknowledged there’s likely a portion of the population who will never be on board with receiving the vaccine, though she said that proportion is likely smaller than one might believe from looking online. She said large scale research shows a good chunk of people who would get the vaccine as soon as it’s available, along with many who are just uncertain.

“Most people who are a bit worried, sometimes they get painted with the same brush – called anti-vaxers… they’re not. They just need a bit more information.” Said Grindrod. “So, there’s going to be a lot of attention you’ll see focused on providing that information to that group.”

Grindrod encouraged people who are concerned about an available vaccine to seek out answers from credible sources, as a family doctor may be able to highlight potential risk or address an individual’s concerns in a way not previously considered.

You can find more information on the common myths about mRNA vaccines in Grindrod’s recent Q & A with the University of Waterloo here.