The money will go towards supporting newcomers here in Waterloo Region
Sep 20, 2020 1:30 PM By: Natasha McKenty 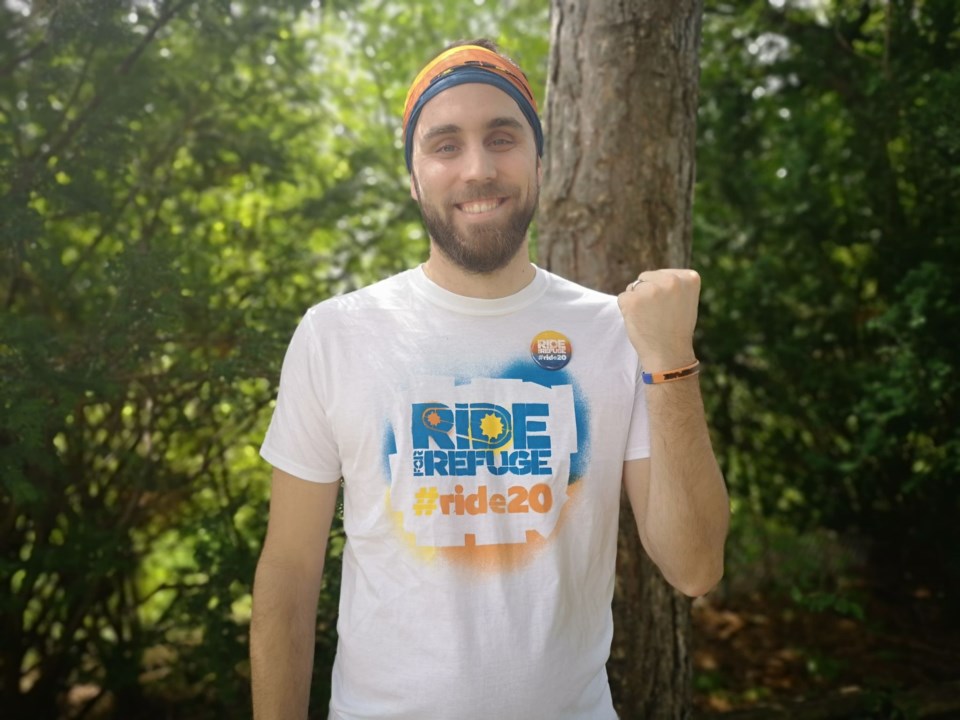 Born and raised in Kitchener, Chris Hussey says he has always felt a duty to make Waterloo Region better, especially for those who are vulnerable. He’s donated his own time and money to the local Terry Fox run, Food Bank of Waterloo Region, Canadian Cancer Society and Lutherwood, a non-profit providing a wide range of mental health support.

His latest charitable endeavour has him picking up groceries, running errands, mowing lawns, raking leaves, answering emails and phone calls and even heavy lifting. “Nothing is off the table,” he said.

Hussey adds that he wishes he could do more, but after paying off his student debt and a wedding earlier this year, funds are tight.

As the team captain for the Reception House Freestylers in the Ride for Rescue, his goal is to raise $500 – he plans to do this by offering his services to the community in exchange for donations.

“It’s been a really difficult year for so many, and people need all the help they can get,” he says. “There are a lot of people who have been impacted by the pandemic much more than I, so if I can use this campaign to give back while also raising a bit of money for refugees, I think that would be really amazing,” he said.

The majority of that money will go to support newcomers here in Waterloo Region.

He adds, “it just feels really good to make someone smile by picking up their groceries or helping them with heavy lifting. It feels much more earned.”

The team name, Reception House Freestylers, was chosen because of the impact the pandemic has had on the event, which usually includes in-person biking, walking or running experience.

“This year, in response to COVID-19, there are many more ways to 'ride.' My team members and I are doing all kinds of fundraising activities, including baking, arts & crafts, reading and more. As for me, I thought this would be a great opportunity to give back to my community while also raising money for an organization I really believe in.”

“I’m open to just about anything,” he said. “So, I would encourage people to reach out to me with their ideas, and I’ll do everything I can to make it happen.”

When asked if there’s anything we can’t do, he says, “it probably goes without saying that I won’t be able to do some odd jobs due to COVID-19. And there are some things I just won’t have the skill set to do, like fixing a car. But I still recommend people reach out and ask me anyways - We might be able to work out a compromise so I can still help them out.”

So far, he’s been out on few jobs, saying the feedback he’s received has been really positive.

“I received a message from a woman who needed me to pick up a prescription for her, and it was actually a pretty simple process. We worked out the details about what she needed me to do over Facebook Messenger, so I had all the information.” Later that day, he picked up her medications from the pharmacy and dropped them off. “I wore a mask the entire time and used hand sanitizer quite a bit to minimize the risk.”

Donations have typically been made online to avoid contact. However, he’s also happy to receive cash or a cheque.

You can reach out to Hussey before Saturday, October 3, 2020, at http://ride.w-ith.me/Chris. You can also email him - chrishusseymedia@gmail.com.

“I’m just so grateful for the support I’m getting, and I’m really excited to see how much good we can do over the next few weeks.”