Local man breaks world record for most shirts worn at once

Ted Hastings was also raising money for a new playground for the school his kids attend
Feb 20, 2019 9:32 AM By: Phi Doan 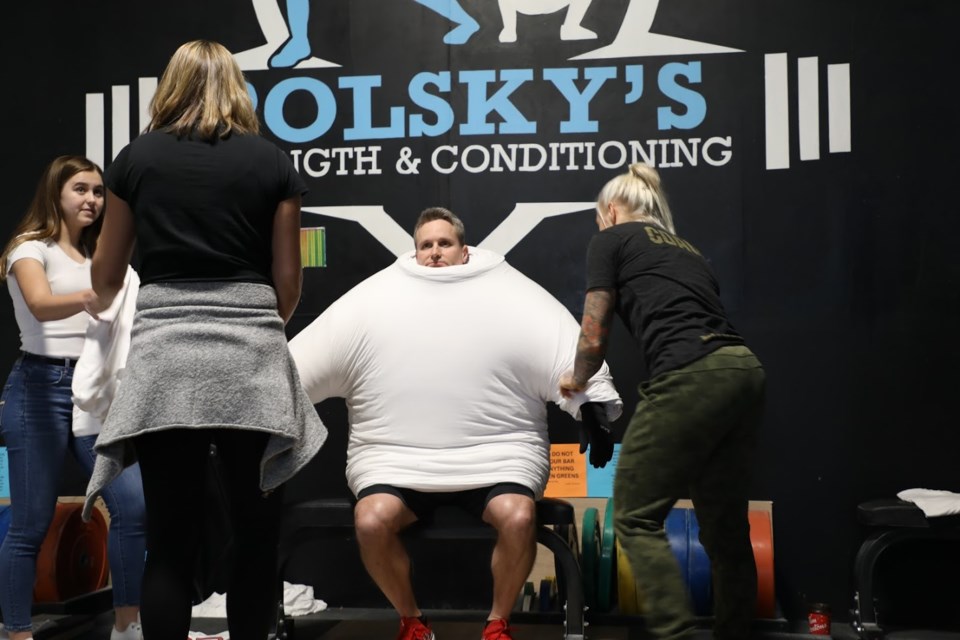 On February 17, 2019 at a local gym, Ted Hastings donned the 260th shirt and was declared the new Guinness World Record holder for the most shirts worn at once.

The venture started while Hastings was flipping through the Guinness World Records book with his 11-year-old son when he suggested Hastings attempt to break a record.

"Not wanting to disappoint my son, we set out to figure out, first, what record we could possibly attempt. And then the steps involved and stumbled into this t-shirt one," Hastings said.

Preparing for the attempt, he found difficulties finding a manufacturer to supply shirts large enough. Hastings said he couldn't find anybody willing to make shirts up to 20 XL.

"So I ended up sourcing them through India and finding a manufacturer who could put together those shirts and the time frame they were needed and thankfully they arrived about five to six days before the actual event," he said.

Coincidently, his son and 14-year-old daughter were also raising money for a new playground facility at the Bridgeport Public School they went to.

"So we decided it made sense to not just have a good laugh with how many t-shirts we could put on, but try to raise some money for them," he said.

He held the attempt at Polsky Strength and Conditioning gym and describe the experience as "generally awful".

"I think around a hundred shirts mark it felt like it was possible. And around the 150 shirt mark, I thought it was one of the dumber things I've signed up for in a long time,"

He said the biggest hurdles was the weight and restrictions on the body.

"You have to assume that each shirt is roughly a pound when you're talking about shirts from 10 XL up to 20 XL," he said.

At the end, the Guinness World Record judge called it and declared Hastings the new record Holder for Most Shirts Worn at Once, beating the previous record by three shirts.