At least 49 people were killed in mass shootings at two mosques full of worshippers attending Friday prayers
Mar 15, 2019 11:07 AM By: Canadian Press 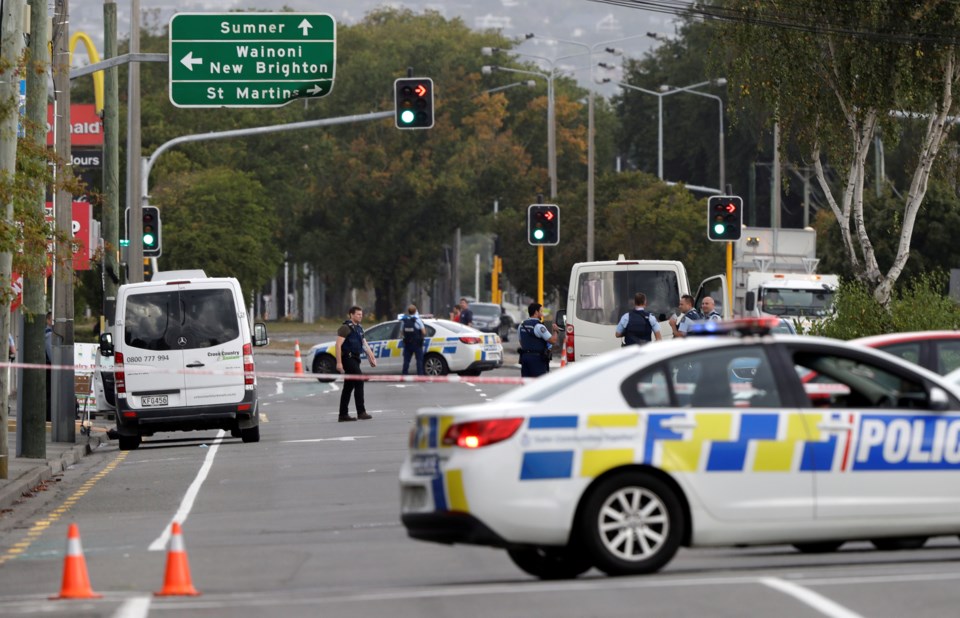 At least 49 people were killed in mass shootings at two mosques full of worshippers attending Friday prayers on what the prime minister called "one of New Zealand's darkest days."

One man was arrested and charged with murder in what appeared to be a carefully planned racist attack. Police also defused explosive devices in a car.

Two other armed suspects were being held in custody. Police said they were trying to determine how they might be involved.

Prime Minister Jacinda Ardern said the events in Christchurch represented "an extraordinary and unprecedented act of violence," and that many of the victims could be migrants or refugees.

"It is clear that this can now only be described as a terrorist attack," Ardern said.

Leaders in Waterloo Region put out the following messages on social media:

The love & support of the people of @CityKitchener stands with the people of @ChristchurchCC & especially the families & friends of the 49+ victims of today's tragic #ChristchurchMosqueAttack. Today, our global family shares in your grief and in remembering that #LoveBeatsHate. pic.twitter.com/UHPnpLSIH5

My heart goes out to the victims, friends, family, and the first responders in Christchurch. Hate has no place in this world. I stand with the local Muslim community and all Waterloo citizens against Islamaphobia and this act of terrorism. #NewZealandStrong #LoveBeatsHate

On behalf of @WRPSToday we extend our sincere condolences to all impacted by the senseless terror attack #Christchurch Mosque. Thoughts with our colleagues @nzpolice.

So heartbreaking to hear this news. My deepest sympathies to the Muslim community in New Zealand and around the world. https://t.co/gCSLcU6oYA

My thoughts and prayers go out to the friends and families of those killed in these senseless attacks in New Zealand. We stand with our Muslim community and we must remain united in condemning Islamophobia and standing up to hate. #ChristchurchMosqueAttack#LoveBeatsHate

Eight new local cases of COVID-19 from over the weekend
Aug 3, 2020 11:30 AM
Comments
We welcome your feedback and encourage you to share your thoughts. We ask that you be respectful of others and their points of view, refrain from personal attacks and stay on topic. To learn about our commenting policies and how we moderate, please read our Community Guidelines.