Carol Johannesson says she wants to change peoples' minds about what dementia looks like
Jan 17, 2019 4:03 PM By: Kenneth Armstrong 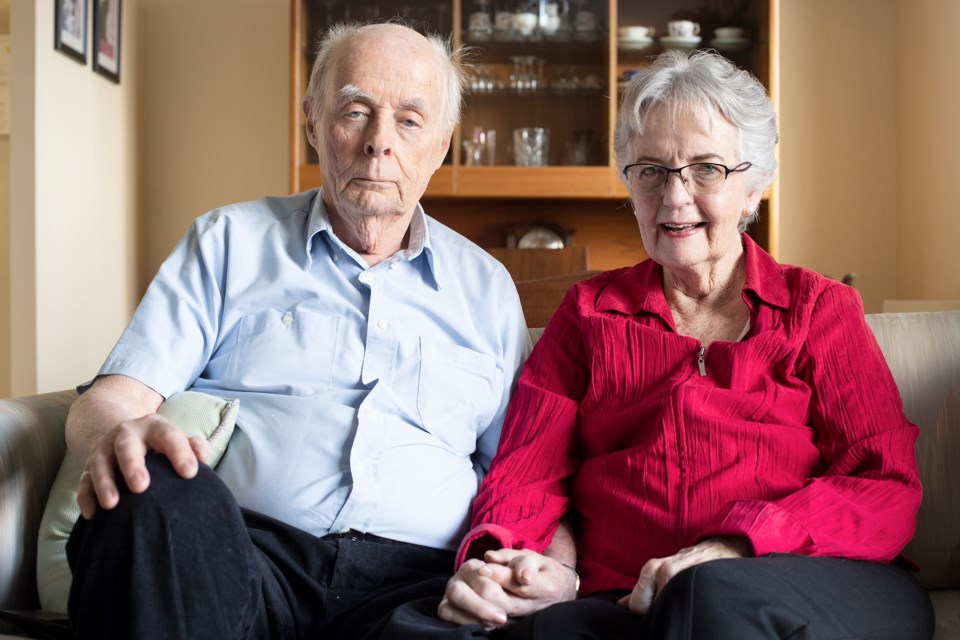 Brian and Carol Johannesson seen in their Kitchener home. Three years ago, Carol was diagnosed with Alzheimer's disease but continues to lead a healthy life. Kenneth Armstrong/GuelphToday

Almost three years ago, Carol Johannesson received a diagnosis of Alzheimer’s disease from her doctor, but it wasn’t her first experience with the disease. She says she is the fourth generation of women in her family to have dementia.

In the early 1980s, Carol first became aware of the Alzheimer’s Society when she became the care giver for her mother. She said becoming involved in family support groups organized by the society helped her greatly.

“That saved my sanity, because I was working, I had four kids and it was just crazy,” said Carol. “Before that I didn’t have a clue what to do.”

Carol then became a volunteer with Alzheimer’s Society Waterloo Wellington, long before she was diagnosed with the disease, becoming one of more than half a million Canadians living with dementia.

Now, almost three years after her diagnosis, Carol continues to live at home in Kitchener with her husband Brian, who has become her care partner.

Carol tries to maintain a busy lifestyle, including physical activity, social activity and challenging her brain power with puzzles and other games.

"One of the reasons I am doing as well as I am, when I was diagnosed the first thing my doctor said to me was to get out and get busy,” said Carol.

"When you're there you can relax, because you know everybody in the room understands everybody else's problems, so you don't have to worry about what somebody is doing and what somebody isn't doing," said Brian.

He notices a difference in Carol’s memory when she is active and challenging herself, but he said sometimes when she overextends herself she can wear herself out.

"In general, the busier the better — up to a point," said Brian.

February is Alzheimer’s Awareness Month. This year, the Alzheimer’s Society of Canada is highlighting the women who make up 72 per cent of all Canadians living with dementia.

"She is active in the community, she is challenging her brain and being social. It's the best prescription for living well," said Martin.

After her diagnosis, Carol was offered a seat on the board of directors for Alzheimer’s Society Waterloo Wellington.

Martin said it a game changer for the board to have lived experience and input directly from people living with the disease.

Martin said dementia is an umbrella term for a multiple set of diseases. Alzheimer’s Disease is the most common form. The Alzheimer’s Society assists people living with all kinds of dementia, she said.

"Everybody is touched by dementia. On average, for every person diagnosed by dementia there are seven people negatively affected by the disease, so it's our whole community," said Martin.

Carol tells every person she comes in contact with that she has Alzheimer’s — from friends and family to the person who rings through her groceries at the store.

"Some people have a picture of what Alzheimer's is like, it's some poor little old lady sitting in the corner or getting into trouble,” said Carol. "In their minds, Alzheimers is such a bad thing that you have to stay away from it. If I can get one person to change their minds about that, it will be time well spent.”