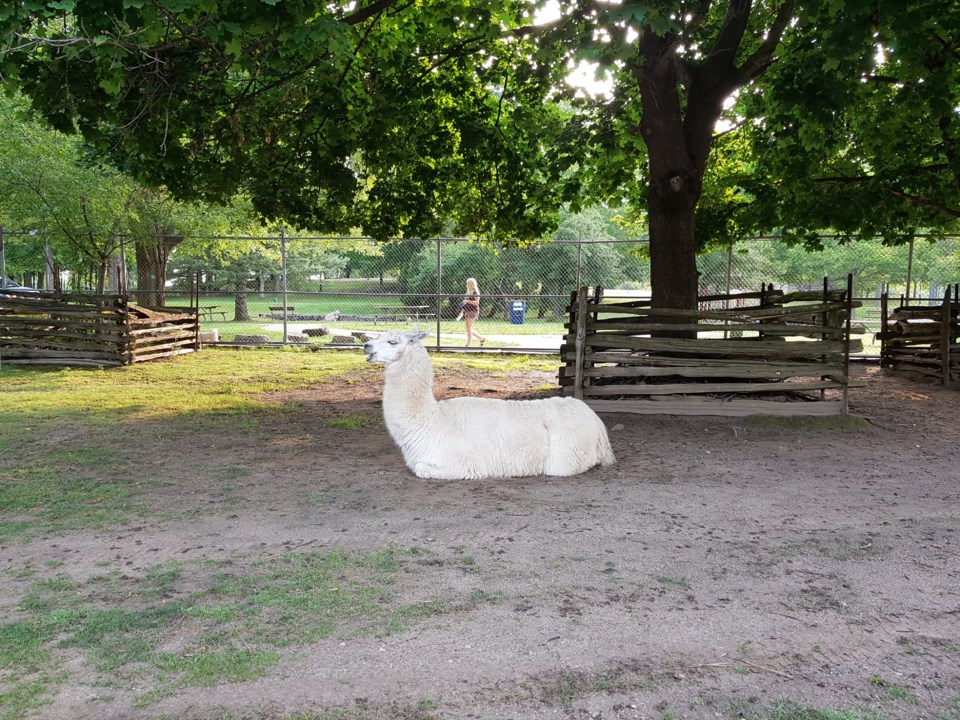 The University of Waterloo Animal Rights Society is protesting for changes to the park.

Stefanie DeSousa, the president of the group said she is concerned about the quality of living.

As of right now, DeSousa said there is too much sensory exposure in the park due to lights and the recent introduction of Light Rail Transit.

She said she hopes the animals will be moved somewhere else."Make it so that they get to live in a space where they are free to roam, free to interact with one another and creates their own social bonds and groups. Having them housed there doesn't really allow them to do that."

"I think what the city could do is look into rehoming the animals to sanctuaries, and that's what we are trying to do," she added.

She said the city had inquired about the animal display when they made their master plan for Waterloo Park in 2009.

"People were asked if the farmstead should be kept and loud and clear the public said yes."

Bonoguore said the changes to the environment have not had a noticable impact on the animals.

"They haven't seen any issues from the animals when it comes to the lights or the trains. But they said, if they did show indications of stress, if it did show the light and the traffic was affecting them, then the city would actually put measures in place."

She said council is willing to open up a discussion for residents to share their thoughts on the animal display.