The driver was taken to hospital as a precaution
Jul 27, 2020 9:27 AM By: KitchenerToday Staff 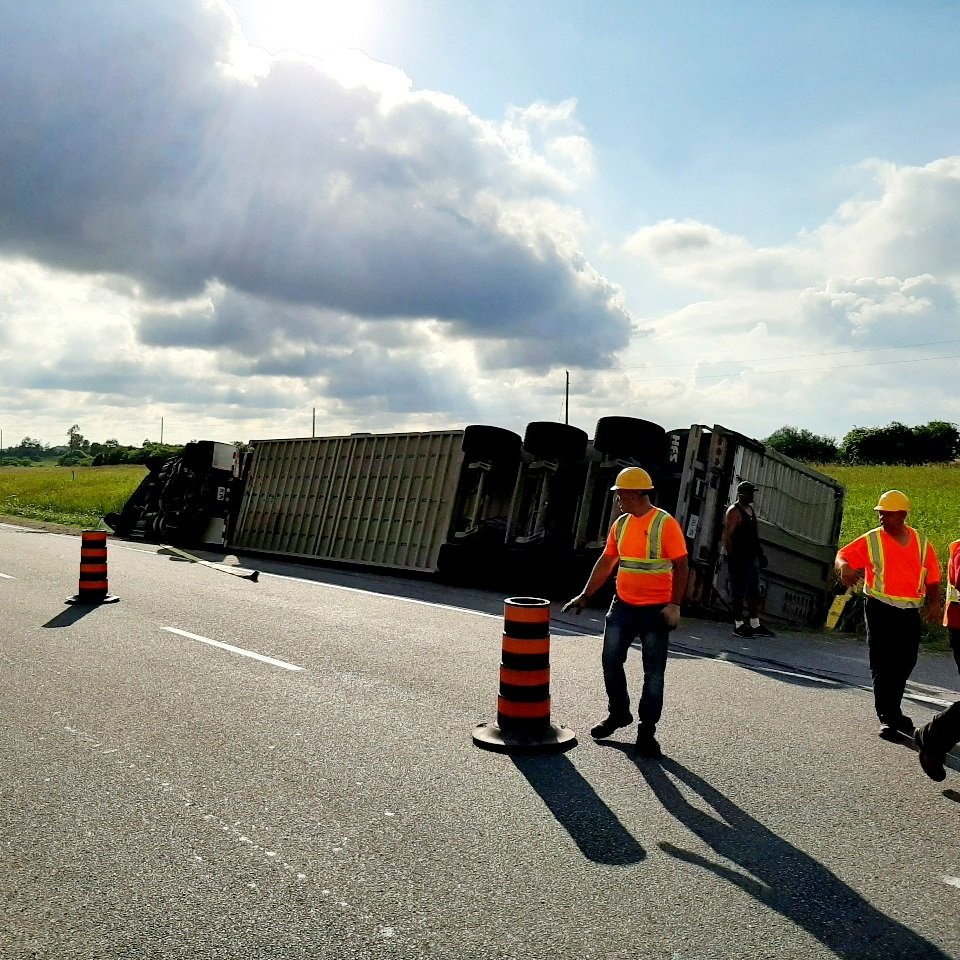 Charges have been laid following a livestock truck rollover on Highway 7/8.

It happened Monday morning at Nafziger Road, and the driver was taken to hospital as a precaution.

In an update just before 4 p.m., Ontario Provincial Police said almost half of the 90 pigs on board were killed.

A 41-year-old man from Seaforth has been charged with careless driving and failing to wear a seatbelt.

The OPP are on scene after a tractor-trailer loaded with pigs rolled over on Highway 7 this morning, west of Kitchener. Police say the driver was taken to hospital as a precaution; no word on injuries to livestock. @680NEWS @570NEWS @570traffic pic.twitter.com/23PXe9J9ir

About 1/2 of the 90 pigs died as a result of this rollover. @InspectionCan and veterinarian services on scene overseeing the care of the livestock.
41 year old man from Seaforth, On.
charged with: Careless driving and fail to properly wear seatbelt. All lanes reopened