The President and CEO of Conestoga College says pandemic restrictions are costing a fortune and the school would like to see a return to normal but doubts we'll actually get there in time for the fall semester
Jul 19, 2021 5:00 PM By: Casey Taylor 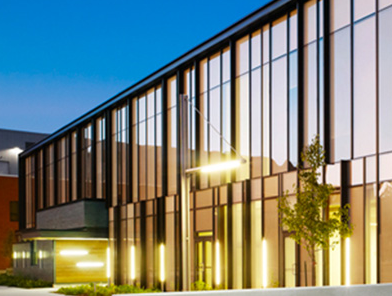 The province has made its desire clear, but at least one post-secondary school head says the memo may not be worth the paper it's written on.

The Ministry of Colleges and Universities says it would like to see universities and colleges ready a plan for students to return in the fall that does not include capacity limits or a need for physical distancing, though it says masks should still be worn in indoor settings.

"That's an interesting memo, it gives us freedom, but embedded in there is [that] you have to follow public health guidelines, right?" said John Tibbits, President and Chief Executive Officer of Conestoga College.

Tibbits says the pandemic continues and vaccination levels plus transmission of the Delta variant have experts warning of the possibility for a September surge.

"And I think it's unlikely, despite that memo, that we could bring 25,000 people back on-campus full-time in the fall," Tibbits said.

Tibbits says students should expect class sizes will be larger than they were in the Winter, though they should not be expecting the packed lecture halls of the past.

"Unless someone's prepared to say everyone needs to be vaccinated," he said. "If the government gave that kind of a mandate, that would be different."

"If we're not allowed to have compulsory vaccinations then how do we protect people if we bring everyone [back to school with no restrictions]."

In the meantime, Conestoga College will continue to work toward a full return to normal but Tibbits says he can't see it actually happening in time for the fall.