Less than dramatic effects from U.S. wildfires in the region

Hazy skies expected, but air quality remains safe, according to the University of Waterloo Weather Station
Sep 16, 2020 8:00 AM By: Phi Doan 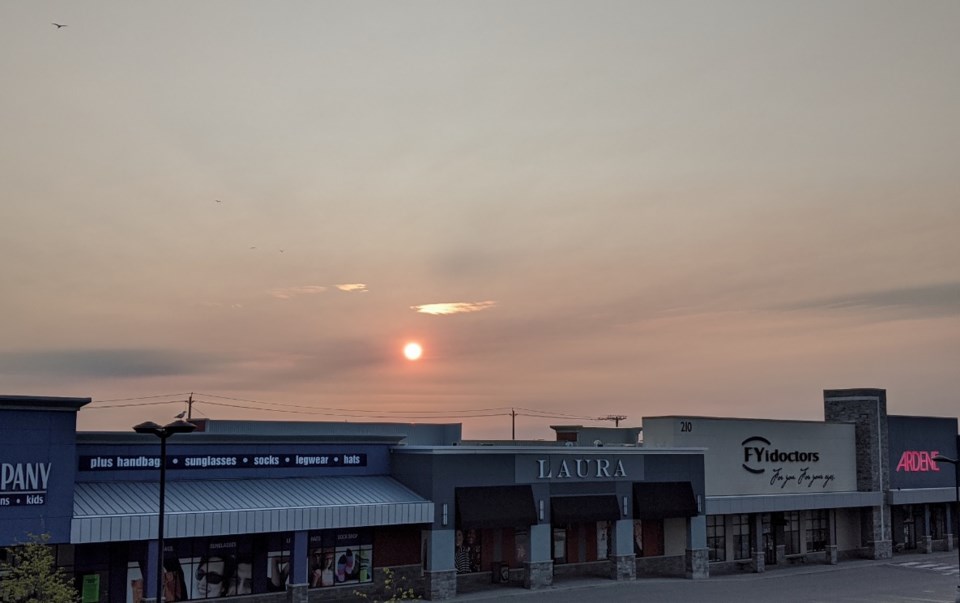 Even Waterloo Region is seeing some of the effects of the wildfires from the United States, although far less dramatic.

The U.S. has been hit by a rash of wildfires popping up along the west coast, blanketing many states in a haze and tingeing the skies a deep orange.

The effect has even hit parts of British Columbia, with Vancouver covered in haze and its air quality impacted enough to be considered a health concern.

Frank Seglenieks is the coordinator of the University of Waterloo Weather Station, which has been monitoring the situation, and said the smoke is not nearly as hazardous here as it is out west.

"The good news for us is that the smoke is at a very high elevation a few kilometres up," he said.

"The smoke here is going to stay high enough in the sky that it hasn't so far affected the air quality, and we don't expect it to, so it looks like hazy sunsets and hazy sky are going to be the main effects."

Checking in with Grand River Hospital, they're not too concerned at this point.

They say it hasn't received any increase in referrals or patients that have been affected by the air quality.

We can also expect the hazy conditions to stick around briefly for Wednesday and Thursday, according to Seglenieks, although it could return.

"The winds can shift again, and maybe in another week, we might get another bout of these hazy smoky skies."

Pavillion, multi-use court included in improvements made to Cambridge park
Oct 1, 2020 1:45 PM
Comments
We welcome your feedback and encourage you to share your thoughts. We ask that you be respectful of others and their points of view, refrain from personal attacks and stay on topic. To learn about our commenting policies and how we moderate, please read our Community Guidelines.