The university recently updated its sustainability plan to - 'focus on planting pollinator-friendly plants and habitat to support wild bee populations, particularly those considered vulnerable or at risk.'
0
Nov 26, 2019 1:31 PM By: Blair Adams 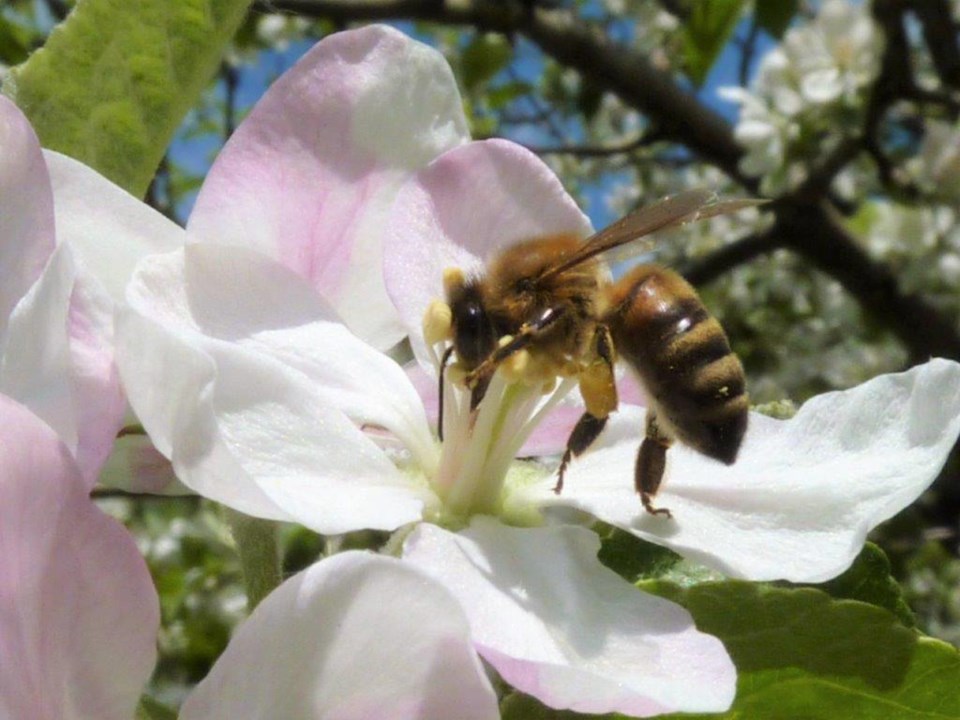 A bee on an apple blossom. Contributed photo

The Waterloo campus of Wilfrid Laurier University has become just the ninth post-secondary institution in the country to be designated as a "Bee Campus" by Bee City Canada.

The organization has been recognizing the schools for their commitment to helping protect and support pollinators.

The university also recently updated its sustainability plan to - "focus on planting pollinator-friendly plants and habitat to support wild bee populations, particularly those considered vulnerable or at risk."

"The decision to focus on supporting native bees is based on current research that shows this is where efforts should be centred from a conservation perspective," Jennifer Marshman, PhD candidate in Laurier’s Department of Geography and Environmental Studies, and a key participant in Laurier’s bid to become a Bee Campus, said in a release.

"It's very exciting for us to achieve this designation from Bee City Canada, and even more so because it was student-led," added Stephanie MacPhee, manager of Laurier's Sustainability Office. "We love to see passionate students taking the lead on initiatives such as this that support the goals of the Laurier Sustainability Action Plan."

Kitchener, Waterloo and Wellesley Township were all recently designated as Bee Cities.

Ontario announces COVID-19 relief fund to help vulnerable groups
Apr 4, 2020 4:02 PM
Comments
We welcome your feedback and encourage you to share your thoughts on this story. We ask that you be respectful of others and their points of view, refrain from personal attacks and stay on topic. To learn about our commenting policies and how we moderate, please read our Community Guidelines.