Land Back Camp moves, calls on Waterloo to do more anti-racism work

Waterloo Mayor Dave Jaworsky admits that the city is a few months behind Kitchener when it comes to doing more anti-racism work
Oct 21, 2020 4:45 PM By: Aastha Shetty 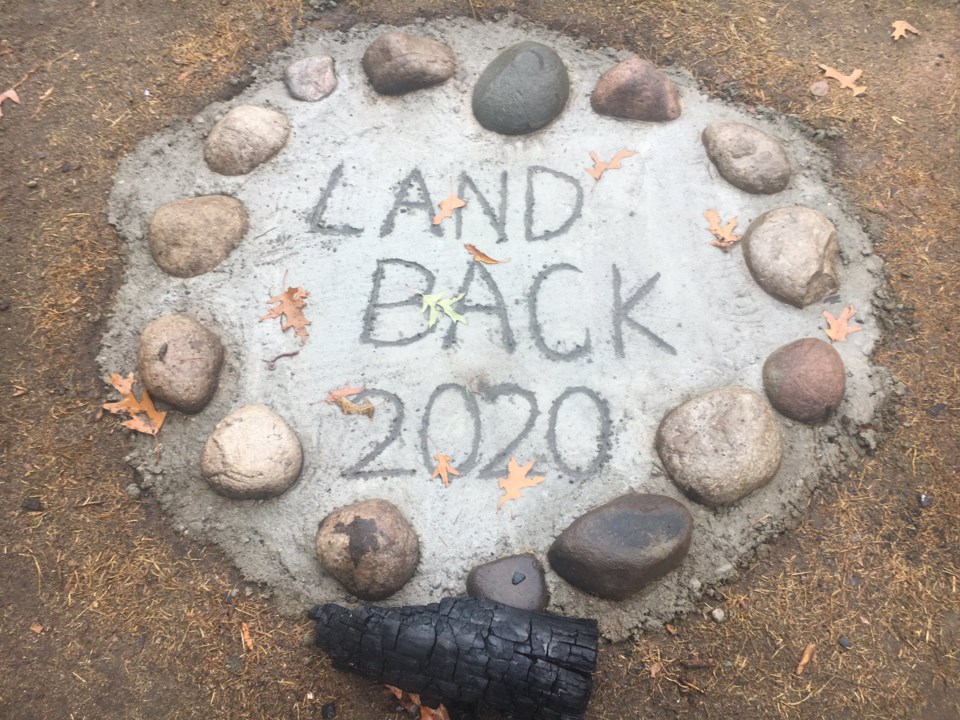 Land Back Camp has moved from Victoria Park to Waterloo Park. They are also asking why the city of Waterloo has not done more anti-racism work.

Co-organizer of the Land Back Camp, Amy Smoke says for one, the city is yet to take any steps to hire Indigenous people.

"The city of Kitchener's new staffing model is something the city of Waterloo needs to implement in its spaces, and the region as well."

Waterloo Mayor Dave Jaworsky admits that they are a few months behind Kitchener.

In response, Smoke says the city of Waterloo should have already started wrapping up their staff report because the Black community started the conversation on anti-racism in the region back in 2019.

"In 2021? That's another year that we will be watching all the racism and experiencing all of the brutality of the police, of the racial violence, the gendered violence. All of the things that Kitchener is going to start addressing in the first year ... Waterloo is going to wait until 2021? That's a really long time to allow our communities to still undergo all of this violence."

Jaworsky says they are working on it.

"There are many members of the Indigenous community, and we need to hear their voices as well to make sure that we do this right. This is a problem that has been a 100 years and many, many more in the making and it's going to take more than a 100 days in order to reconcile and make progress. We are certainly moving as fast as we can."

Land Back Camp co-organizers Shawn Johnston and Amy Smoke say the city has certainly had more than 100 days, as anti-racism work in the region began back in 2019 with the Black community.

"I don't see why Waterloo couldn't have been working on something already," says Johnston. Smoke agreed as well, "So we are pushing that forward. If they were already doing that work then they need to move it forward as Kitchener did with the momentum that Land Back Camp drew."

Johnston says they had to move to Waterloo Park because it was starting to get very cold.

"By moving to Waterloo Park, it provided us with more space because now we have an actual, physical shelter here. You'll notice that when you come to the camp. There's also less traffic here."

He says at Victoria Park, there were a lot of onlookers and it was really starting to take a toll on camp dwellers.

Day one of Land Back Camp in Waterloo Park @570NEWS pic.twitter.com/xC4OCRxJOg