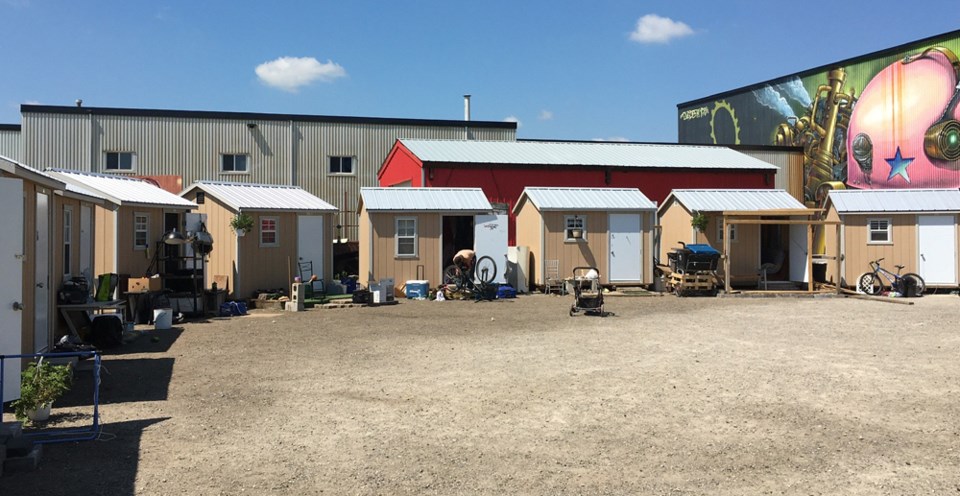 Kitchener’s ‘Better Tent City’ at Lot 42 will be making several adjustments to its COVID-19 protocols after identifying its first positive cases of COVID-19.

Those two cases, identified in residents of the short-term shelter solution, are now in self-isolation at the Inn of Waterloo. Speaking to 570 NEWS, Better Tent City Site Coordinator Nadine Green said members of that community have been stepping up to do what they can to stop the spread of the virus.

Speaking to the changes in protocol, Green said some members of the community were less than enthusiastic about wearing a mask in the site’s common spaces, though they were instructed to, while also directed to wash hands and maintain physical distance between each other. With these two confirmed cases, however, Green said masks are mandatory for all residents – with sanitization and deep cleaning in effect for the site’s kitchen, washrooms and common areas.

“With the common area, people would gather – we’d have around 10-20 people at a time. Now, we only have 5 people (…) and they have to have their mask on,” said Green. “In the Kitchen area, we have a kitchen area where people can make their own meals if they’d like – only two people are allowed at a time.”

“You cannot enter a common area without a mask – you’ll be told you have to leave and go get your mask… or we’ll have one provided for them.”

Green said there’s been a change in mentality with some of the residents at the Lot, as the two individuals who tested positive for the virus are ‘known well by everyone’. While Green admits that, for some of the people who have come in from the streets, COVID-19 may have seemed like something more distant – but now that the pandemic has hit home, they’re taking the protocols much more seriously.

Residents of Better Tent City are visited every Tuesday and Thursday by the Sanguen Health Centre’s Mobile Health Van according to Green – with reports on the results of testing sent by Public Health to the community within a day. After the two individuals were found to be positive for COVID-19, Green said a taxi was sent to take them to self-isolation. Those individuals will be allowed to return to their cabin once they’ve tested negative.

“They’re allowed to come back once everything is taken care of,” said Green. “It is their home until they’re ready to move on to somewhere else – we’re not going to turn our backs on them. As long as they’re negative, then they’re welcome back home.”

When asked if there was anything else that could be done to help the Better Tent City community with their ongoing efforts against COVID-19, Green said they’re doing alright – with help from the mobile vehicle and outreach workers. She added that being a self-help shelter, members of the community do a portion of the cleaning and sanitization themselves.

“We look out for each other – that’s what’s been happening.”

In a recent media briefing from the region, Medical Officer of Health Dr. Hsiu Li Wang commented on the new cases identified at Better Tent City, as she said these sorts of cases are “not unexpected” through community spread. Dr. Wang said Public Health and community partners have been doing a large amount of testing in the shelter and unhoused population – finding less than one percent of those tested are coming back positive.

“It’s still a relatively low percentage – that doesn’t mean it can’t be more than we find – we actually expect to find more people as we test more.”

Dr. Wang said the low positivity rate is a testament to the work of community partners like the House of Friendship, Working Centre and other municipal partners in ensuring effective infection prevention and control measures in environments where these individuals may be visiting to receive services.

“It appears the efforts have been paying off quite well relatively speaking,” said Dr. Wang. “We know there’s people infected, but there could have been a lot more without these efforts.