The Ontario Junior 'A' Lacrosse League (OJALL) board of governors voted to extend the league to 22U
Aug 9, 2020 1:30 PM By: Ariel Deutschmann 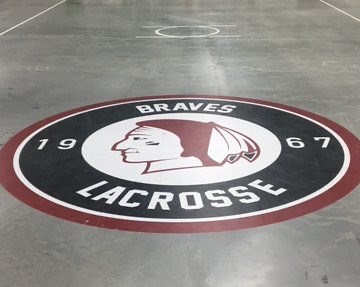 A photo of the Kitchener-Waterloo Braves logo from Ontario Junior Lacrosse.

Eleven players from the Kitchener-Waterloo Braves will be returning to the team for their last year of Junior 'A' lacrosse, thanks to a new rule allowing to extend league eligibility.

The Ontario Junior 'A' Lacrosse League (OJALL) board of governors voted on July 17 to extend the league to 22U, which will begin in the 2021 season. According to a release from the OJALL, this means all players who have not turned 22 by January 1 of each playing year will be allowed to stay with the league.

Now with the eligibility extended, all the players that missed out on the cancelled 2020 season due to COVID-19, will be able to compete one more time. The  decision is good for all lacrosse players, but especially for all players who are approaching the end of their careers within the league, as they will be able to continue playing in championship tournaments.

“This is something the league has been discussing for a long time,” said Board Chair Jason Shuttleworth in a release from the OJALL. “It shouldn’t be viewed as a response to the COVID-19 pandemic—we believe extending junior eligibility to 22U aligns with the current competitive lacrosse landscape.”

The release adds this won't be the only change to age groups that players will see. The CLA recently decided to change the eligibility of the Midget division to include 17-year-olds, which will come into play in 2022.

SHORE Centre seeing a higher number of clients and visitors this year
Oct 27, 2020 5:00 PM
Comments
We welcome your feedback and encourage you to share your thoughts. We ask that you be respectful of others and their points of view, refrain from personal attacks and stay on topic. To learn about our commenting policies and how we moderate, please read our Community Guidelines.