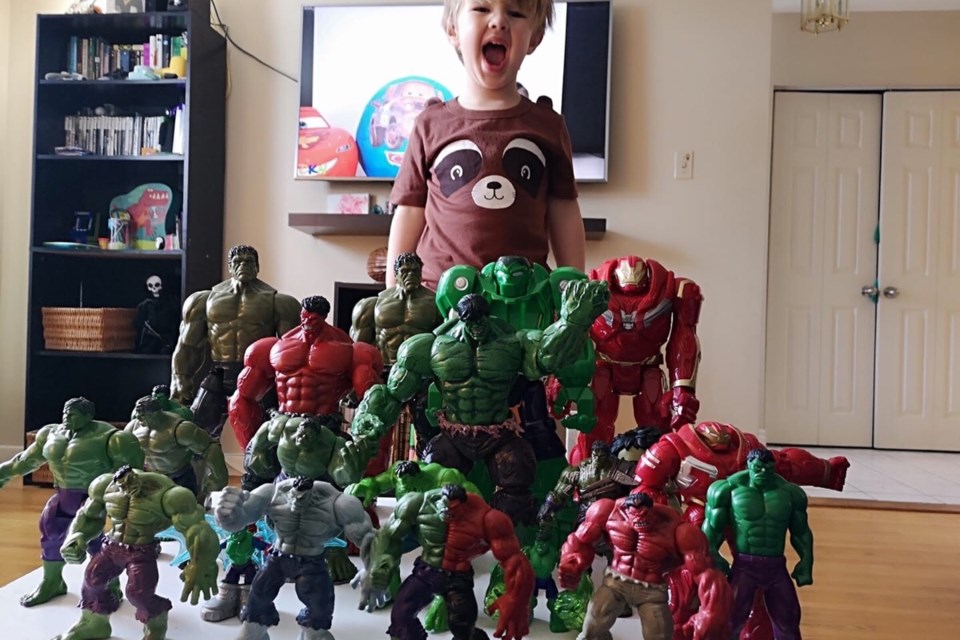 Photo of Logan Foisy from the Logan's Fight GoFundMe page.

A local restaurant is offering a full day of events to raise money for a boy with a rare brain tumour.

The Malt and Barley Public House is hosting a superhero breakfast, carnival lunch and a casino night on July 28th with all the proceeds going to the Foisy family to help their three-year-old son, Logan.

Logan had been diagnosed with Diffuse Intrinsic Pontine Glioma (DIPG), which is highly aggressive and difficult to treat.

On May 30th, the restaurant learned about Logan's condition from his father, Kris Foisy, who is the Executive Chef at Malt and Barley.

Sabrina Hutchison, Co-Owner of The Clan Gathering of Restaurants says that upon hearing the news, the staff wanted to help.

"We just want to show the family how much they are loved and supported." says Hutchison.

Besides the events, Hutchison says that the Malt and Barley and two other restaurants in New Hamburg will be offering an Incredible Hulk Burger today, inspired by Logan.

With everything that's happened, Hutichson says that the Foisy's have been really appreciative of the restaurants efforts.

"Part of the goal here is to allow them to have that time to concentrate on Logan and not have to worry about money or work in all of that."

And the community response has been amazing so far, according to Hutchison.

"People are really getting behind us and the family, supporting us." says Hutchison, "It's just blown us away."

The restaurant will be open till 2 a.m.

For more information about the events, check out Malt and Barley's Facebook page.

Residents who would like to donate to Logan's Fight, can do so here.