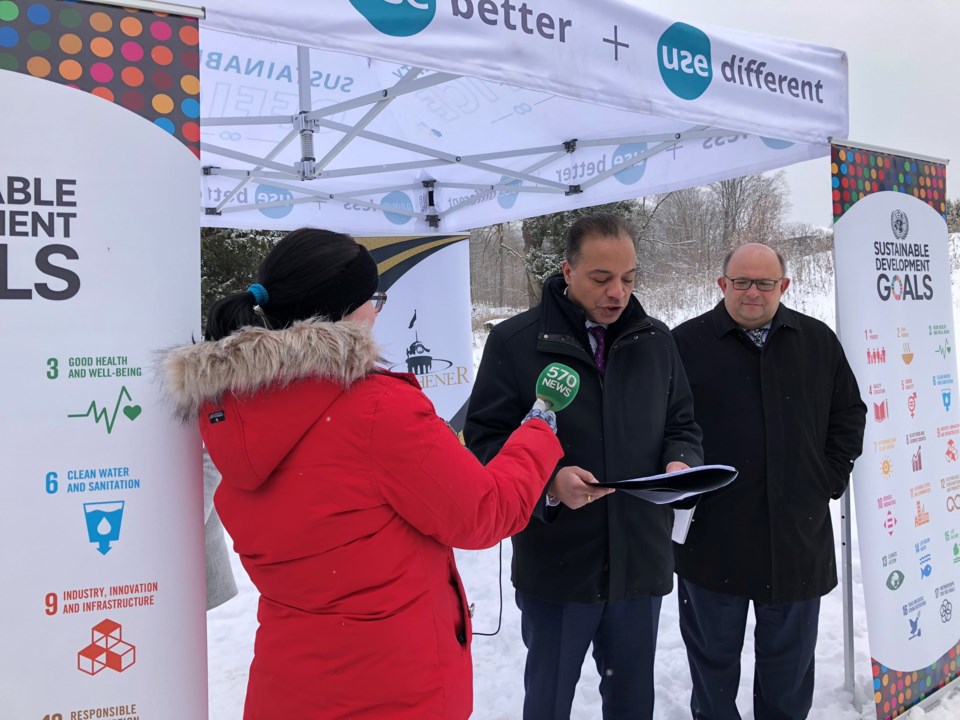 Kitchener Centre MP Raj Saini talks on the behalf of the federal government, during the official release of the city's first Sustainability Report. Aastha Shetty/Kitchener Today

The city of Kitchener has released its first sustainability report.

Kitchener Mayor Berry Vrbanovic says building active transportation infrastructure like trails is good for the environment because it encourages residents to walk, run and stroll through the neighborhood.

“This is what real climate action looks like. Overlapping and complimentary work that will – piece by piece – prepare our community for this new reality, while taking steps to prevent more significant change over the long term. Make no mistake – we have come a long way. Through the dedication and passion of our staff from divisions across Kitchener.”

Kitchener Centre MP Raj Saini says the climate crisis is an issue that can only be addressed with a firm commitment from all levels of government.

“This is why the federal government recently supported the city of Kitchener through $50-million in Disaster Mitigation and Adaptation Funding, which was announced in May 2019. Our federal investment in city of Kitchener, through the Disaster Mitigation and Adaptation Fund will ensure that our local stormwater infrastructure has the capacity to handle increased water volumes and enable proactive maintenance.”

“Doing perforated piping during road reconstructions, doing water course improvements to help with erosion. We’re doing naturalization projects and improvements to our dike. All the things that have been done corporately in 2019, it’s just the beginning. In 2020, the incredible investments in our corporate climate action, as well as in our climate community action are only getting bigger.”

In the report, it says the city plans to become more environmentally friendly by switching to hybrid vehicles, investing in solar power, and building more trails – amongst many other initiatives.