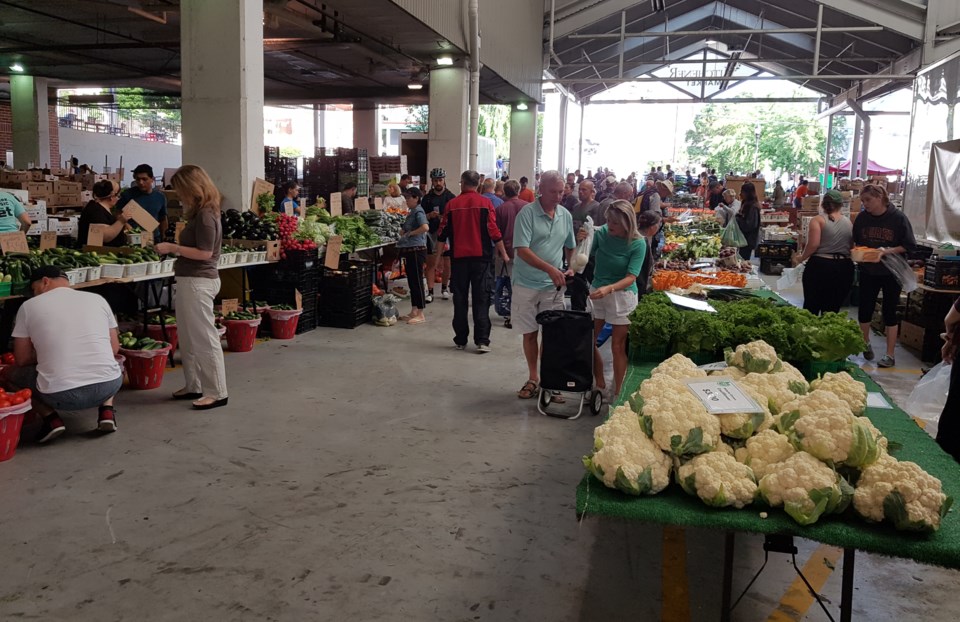 The Kitchener Market is celebrating a major milestone.

This Saturday marks its 150th anniversary, as the first market building was built in 1869.

"Vendors will be offering specials throughout the market day. Then we have a neighbourhood community party from 2 p.m. to 7 p.m. We'll have a licenced area offering craft cider and local beer from Descendents. We'll also have Chef D preparing some harvest treats and eats, and a variety of programs throughout the day."

Feere added they're also doing a refresh of the market and re-branding it.

"We have a brand new market sign which reflects our industrial roots - it's like a Kitchener Market stamp. It's in line with the Make It Kitchener economic development strategy."

The farmers' market will run its usual hours from 7 a.m. to 2 p.m., but the fun won't stop there.

"We have events running until 7 p.m. - we'll have a corn roast, local music throughout the day, a workshop, and we're launching our first ever 'market cart'. You'll be able to purchase a cart for $20 so that you'll be able to carry your groceries around more comfortably. We also have an anniversary memento that we're giving out for free - it's a recyclable vegetable bag that local artists have imprinted a harvest goddess on, and it has #KitchenerMarket150."

You'll also have the chance to look back at what the Kitchener Market has been, and what it is now.

"We do have a historical timeline that we've built with some old pictures, and we'll be showcasing that in the upper level of the market."

You can learn more about the anniversary by clicking here.