It's the first day municipal election signs can go up 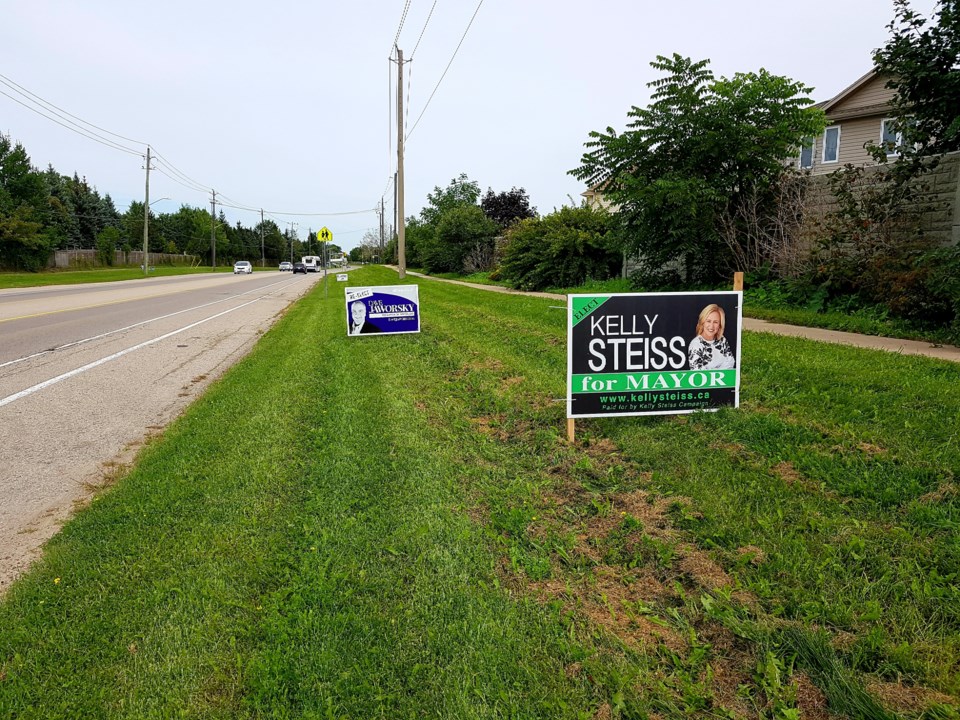 You may already see a few sticking in lawns.

Those signs can only go up 45 days before the vote.

In March, the region revised its bylaw when it comes to those signs.

Some of the rules include:

The rules are somewhat different in Waterloo, signs are not allowed on city streets, but are allowed on private property.

The Director of Municipal Enforcement Services at the City of Waterloo says for the most part, candidates are pretty good at following the rules.

"They're typically good about not putting them on the city streets, knowing that they do have some availability on the regional roads ... then again, when everybody is trying to find that great spot on the regional road, that's what creates the overcrowding." Shayne Turner told Kitchener Today with Brian Bourke on 570 NEWS.

He says they have two options if a candidate is not following the rules: issue a ticket or seize the sign.

"Typically speaking, we have not had a lot of significant issues." added Turner.

The municipal elections are set for Monday, October 22.