Is dog-breeding out of control in Wellesley Township?

Advocates say there's a lack of oversight, but officials say inspections are being done
Jun 2, 2021 7:00 AM By: Ben Eppel 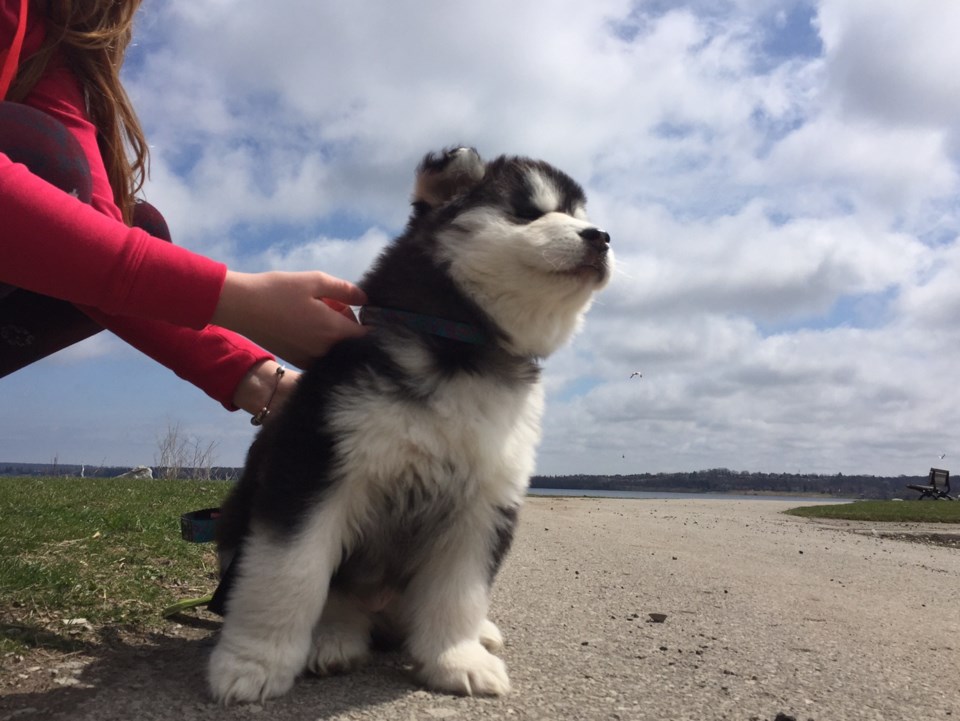 Tensions are high in Wellesley Township, with animal advocates and activists calling on council to increase inspections.

Activist group Wellesley Against Puppy Mills (WAPM) have laid out several demands of council listed in an online petition with over 39,000 signatures, almost four times the population of the township.

"We are asking Council to demonstrate their commitment by placing a 10 year hiatus on the approval of any additional kennels; to limit the number of breeding dogs to be permitted at each kennel; to limit breeding cycles to one per year and to enforce a retirement age of 6 years with a humane succession plan for all breeding dogs; and to increase kennel inspections for bylaw compliance from yearly to quarterly with a third party inspector. We are asking Council to review the current kennel bylaws and make the needed changes to align with the industry standard: “A Code of Practice for Canadian Kennel Operations” written by the Canadian Veterinary Medical Association."

Right now, each of the 23 dog kennels get a yearly inspection from the one and only bylaw officer.

That was concerning to WAPM, who filed complaints against two different dog kennels in the township to the province. The group claimed to have sent in two of its members to take photos and videos of the dogs in the facilities, which they said were in distress and over-crowded.

The province says one inspection has been done, and the case closed. That kennel declined an interview. The other has still not been completed, nor did the owner of the licensed kennel know that it was coming when contacted by 570 NEWS.

Wellesley Township has requested the results of those inspections for their own information, according to the township's mayor, Joe Nowak.

"We want more details on the inspections to see if there's any gaps that we may be able to fill in, maybe they have some recommendations," said Nowak, also noting that council is reviewing its bylaws on the topic of dog kennels, and that will include looking at WAPM's suggestions. He said the township's bylaw officer estimated that the licensed kennels in the township are producing around 2,000 puppies on an annual basis.

Nowak also expressed frustration with the tactics of WAPM, saying some of their claims haven't been backed up with evidence.

"We continuously ask these activists -- and I'm going to say the word 'activists,' because that's what they are -- to let us know, to tell us when they have some proof that a puppy mill is existing in the township. They never have, they never have. They've gone right to the media, so I think that's an indication of what they're trying to accomplish here."

Going to the media is the only way the group feels they can get council's attention, according to Greg Glass.

An advocate with the group, Glass says the provincial legislation meant to protect animal welfare isn't working, with many holes that haven't been filled since its introduction in January 2020.

"If you go into a situation where there's a puppy mill, or a cat mill, or there's a farm with numerous horses that are being neglected, abused, are in distress, and an inspector goes in there, if you don't have a facility to take those animals to, to remove them because they're in distress, you have a pretty difficult situation to deal with," said Glass. "Where the OSPCA and the Humane Society prior to Provincial Animal Welfare Services (PAWS) taking over had those infrastructures."

That's not the only hurdle facing animal protection workers in the province, with response times being of particular concern to the KW Humane Society.

"Right now, and it's not so much the act, but it's that the province has so few inspectors to address animal welfare that often they just simply don't have the manpower to respond in a timely manor," said Executive Director Kathrin Delutis. Delutis noted that's particularly concerning when it comes to pets left in hot vehicles, and a Good Samaritan will likely have more luck calling the police.

"Of course, we know the police also are very strapped for time and resources. So, that's where we often see a gap, is who is responding to calls in a timely manner?"

Of the 23 kennels in Wellesley, Mayor Nowak said that 21 are active, and many of them are below the absolute maximum of 35 breeding animals.

On whether 23 is too many, Nowak said the alternative would not get rid of demand.

"So, let's just say, all of a sudden there's no licensed kennels out there. Where are people going to get their puppies? There's a huge demand for puppies right now, isn't that just going to drive things underground, and open it up for that criminal element to come in and supply them?"

The township's bylaw officer will be doing a followup inspection of the sites after the provincial inspector has paid their visits.