The Kitchener Rangers has their highest offensive output since October 14
0
Nov 29, 2019 7:00 AM By: KitchenerToday Staff 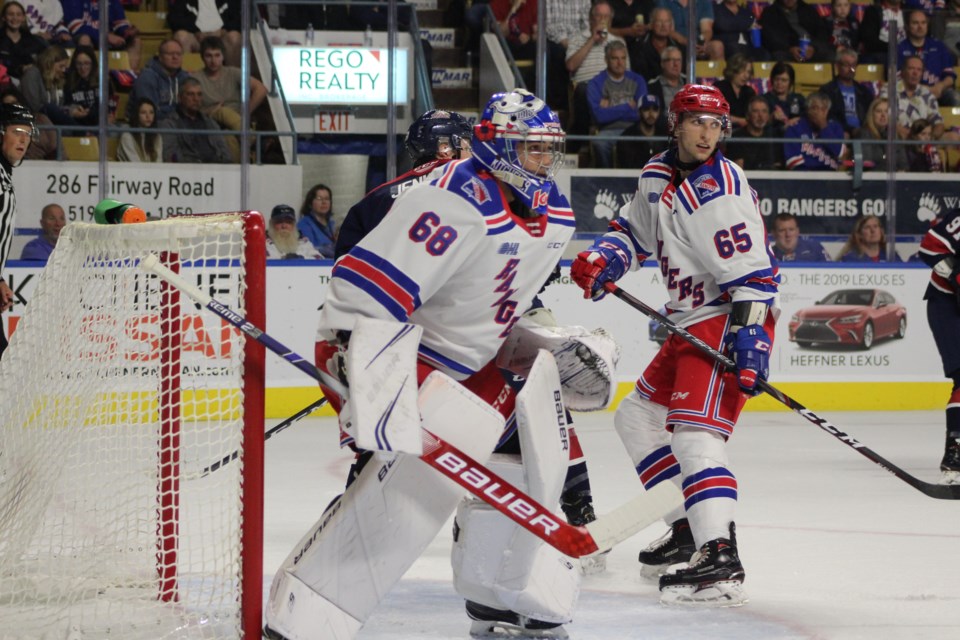 It took one game for Mike McKenzie to pick up his first Ontario Hockey League win, as a head coach.

After relieving Jay McKee of his duties on Monday, the Kitchener Rangers general manager is pulling double-duty until he finds a replacement.

The Rangers responded with their highest offensive output since October 14.

They clipped the Erie Otters 5-4 in a shootout.

"I've already lost my voice after one game. I think I need to work on my coaching vocal chords," said McKenzie.

"It was a big effort all week. The players went through a different week, but also for the coaching staff, and the training staff. Everyone needed to do a little more this week. I sincerely thank them for helping in that regard."

Jacob Ingham returned to the Rangers lineup after missing seven games because of an injury.

"To get my feet back on the ice, I think I had a smile on face the whole game," said Ingham. "[The body] feels good. It's a little tired, the game moves pretty quick. It's just getting used to that and getting your on-ice lungs back, but I think we're good to go."

He stopped 32 shots and was a perfect three-for-three in the shootout.

Ingham was part of a Mississauga Steelheads team in 2017 that underachieved early in the year, but rebounded winning the Eastern Conference.

"I've been thinking about that this whole time," said Ingham of his team's slump. "I think we were dead last December 5th when we went on that huge run. It just came from within (...) I can see our team having that similarity."

Rookie Declan McDonnell has a goal and an assist and fellow first-year Simon Motew scored his first OHL goal in the win. It was just the team's second W in the month.

They try and make it two in a row Friday night, at The Aud, against the Owen Sound Attack.