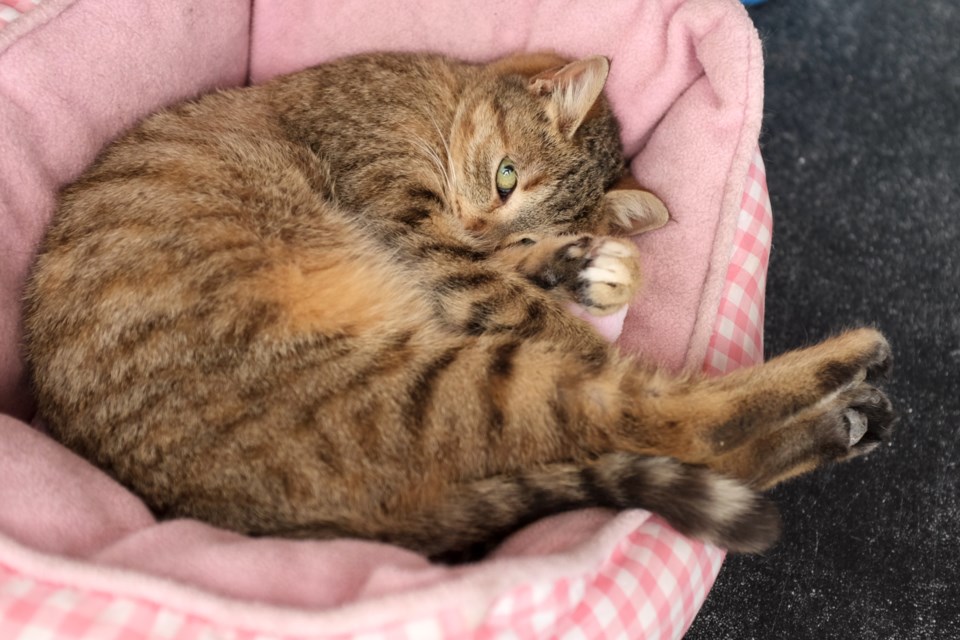 Humane Canada has released its final report on a nationwide pilot program to save the lives of shelter cats.

Capacity for Care was introduced at six shelters in 2014, including the Kitchener Waterloo Humane Society, with the pilot program wrapping up at the end of last year.

During that time, statistics show the shelter was able to reduce euthanasia by 21 per cent.

"Capacity for Care has made a significant impact on the cats in our centre," said Kathrin Delutis, Executive Director of the Kitchener Waterloo Humane Society.

It has also been able to reduce the number of cats it houses by almost 60 per cent.

"Within six months of launching Capacity for Care in our Kitchener Waterloo Centre, the average length of stay for a cat reduced from fifty (50) to twenty-four (24) days and to only four (4) days in 2017. The number of cats that have to be isolated due to illness has seen a ninety per cent (90%) reduction." added Delutis.

The program is described as a management model to help shelters better meet the needs of the animals in their facilities:

"It creates the conditions necessary to provide shelter animals with five essential freedoms, thereby improving the welfare of individual animals. The 'Five Freedoms', as they are known, are freedom from hunger and thirst, freedom from discomfort, freedom from fear and distress, freedom from pain, injury or disease and freedom to express normal behaviour. A fundamental premise of C4C is improving the flow of cats through the shelter in order to reduce their length of stay and get them more quickly into adoptive homes or other locations where their needs may be better met than in the shelter."

The Kitchener Waterloo Humane Society lowered adoption fees last week to deal with an influx of cats that ended up at the shelter.

43 cats were adopted and more are heading to new homes this week.