Even with a vehicle parked in the shade and with the windows down, the vehicle can quickly reach deadly temperatures
May 21, 2021 6:00 PM By: KitchenerToday Staff 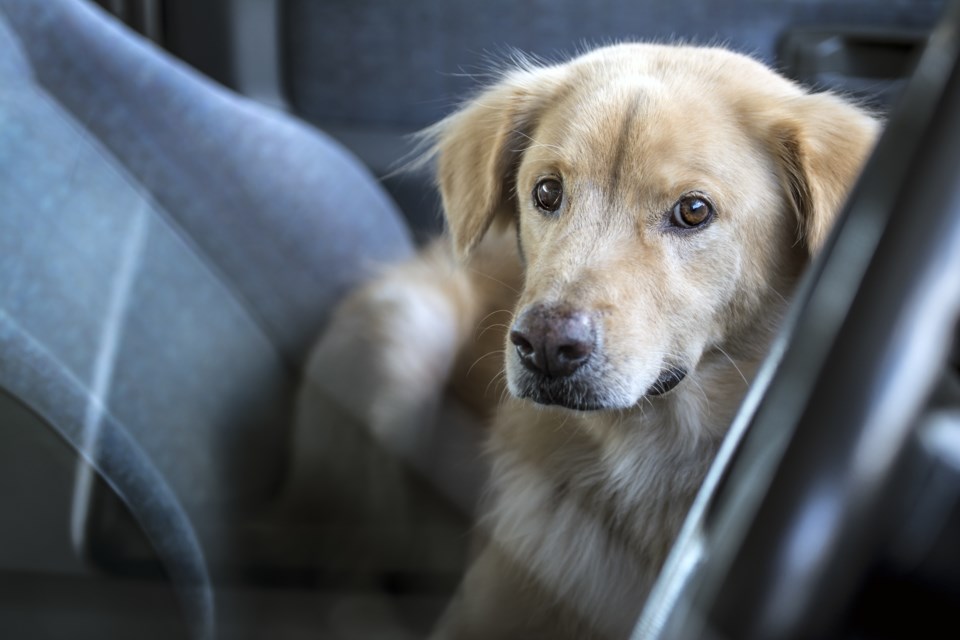 With the temperature hitting the 30s with the humidex this week, the Humane Society of Kitchener Waterloo & Stratford Perth is reminding pet owners to not leave pets in warm vehicles.

“Every year, as the weather starts warming up, our Animal Services Officers frequently respond to calls from concerned community members about dogs left in vehicles.” Kathrin Delutis, Executive Director at HSKWSP said in a news release. “Unfortunately, our officers do not have the authority to remove pets from a vehicle, unless a police officer or a Provincial Animal Welfare Services (PAWS) officer is also present.

Even with a vehicle parked in the shade and with the windows down, the Humane Society says the vehicle can quickly reach deadly temperatures. Dogs also have a limited ability to sweat.

There's also a colouring contest for kids as part of the #NoHotPaws campaign.

Contest details are posted below:

The colouring contest is based on the premise that a car is similar to a glass mason jar left out in the hot sun. It can be as much as 20° degrees hotter inside the car, than it is outside. Kids under the age of 12 are invited to draw a picture that represents how they think a pet feels in a hot vehicle. The mason jar colouring page can be downloaded on the #NoHotPaws campaign landing page. Contest runs until June 30th, 2021. Three winners will be chosen randomly. The grand prize winner will receive a free week of HSKWSP virtual summer camp. Two other winners will receive a “Summer Heat Pet Kit” including a travel water bottle and other prizes to keep their pet cool.