How a stay-at-home mom found purpose by getting published

Tara Mondou's purpose-driven journey would begin with an intent to share her mother's legacy and bring her peace
Jan 18, 2019 3:10 PM By: Natasha McKenty 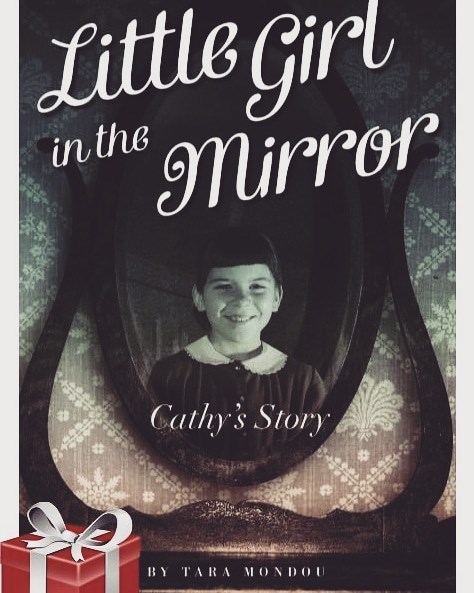 With no previous experience, Tara Mondou would endeavor to write her first book. Her purpose-driven journey would begin with an intent to share her mother's legacy and bring her peace. Growing up, Mondou's mother would often share stories of Mrs. Wren, the woman who began to emotionally abuse her at the age of five. "As a child, I didn't like these stories, I didn't want to hear about the woman who was mean to my Mom, and I especially didn't want to hear about how my Grandmother didn't save her. I told her she was exaggerating and that it probably wasn't that bad. I basically told her to get over it."

Set in the early 1950s "Little Girl in the Mirror" takes you inside the mind of a child named Cathy during her 'rollercoaster childhood' that would take her from Glace Bay, Nova Scotia to Stratford, Ontario. Names are unchanged, details unaltered as Mondou bravely writes in the perspective of a little girl, who happens to be her mother. "Through writing your story, I feel like I have taken little Cathy's hand and I have saved her, held her and loved her."

So how does someone, with no prior writing experience, publish a successful novel?

"After my mother died, I went through her things and found her diary." She uncovered detailed narratives of an abusive woman know as Mrs. Wren, "and it wasn't until then that it really hit me that her time with Mrs. Wren was never acknowledged by anyone. Not by me or my grandmother…certainly not by Mrs. Wren."

In between the pages of her mother's diary she had found her purpose, "the only way to try to fix this hurt that my mom carried with her for so long, was to write in a book and that way, perhaps freeing her and finally giving her the acknowledgement, she always needed."

Mondou, a busy mother to two young children and dedicated volunteer in the community, found her motivation through the intent of bringing light to her mother's heartbreaking story. Knowing she is deadline driven she created self-prescribed targets that entailed 1500-3000 words per day. She finished her first draft in just 10 weeks. That first draft was published by Meraki House Publishing.

When asked where she found the discipline to write and get published in such a short period she says, "If you really want to do something, you'll find the time," and encourages first-time authors to "find like-minded people to surround yourself with," to help ease the burden of doing this alone. She goes on to say that during the process of writing her first book she learned the value of knowing why you are writing and discovered the message of her mother's story.

It's about the power of acknowledgment, "more than saying 'I'm sorry', acknowledgement is the key to forgiveness. And if someone has hurt you and not acknowledged that hurt, forgiveness will forever be unobtainable. And that's really what this book is all about."

She encourages first time authors to self-publish, "it's so easy, you have all the control and you own your own file."

Mondou is already working on her next book, another autobiography based on her own childhood. "The story of Tara, who lived a great life, but there will be a dark tinge to it."

Tara is the 2018 recipient of the Bernice Adams Memorial Award for Communication/Literary Arts, and co-founded the Happy Writer Connection support group. More information about Tara Mondou and "Little Girl in the Mirror," can be found at taramondou.com