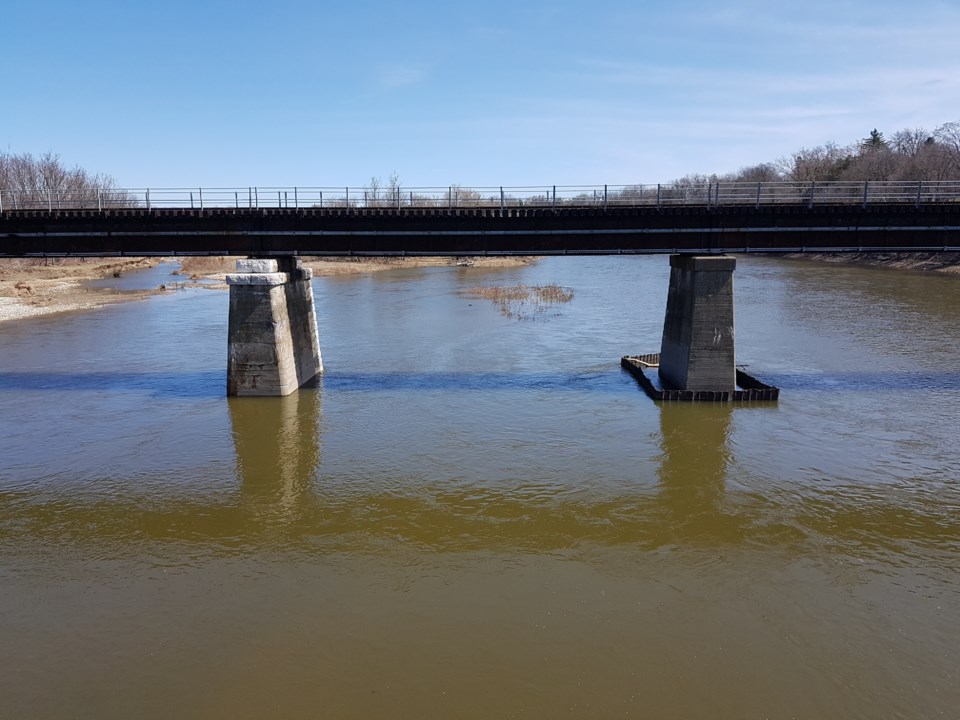 It's due to an above average snowpack, much of which has remained in place since mid-December.

"Despite the moderate start to winter through January, temperatures fell below the long-term average in February with much of the watershed seeing above average precipitation. These conditions have resulted in a snowpack with higher than average water content and intact, but unsafe, ice conditions on many local water bodies." stated a news release from the GRCA.

There's also the potential for ice jam related flooding, even though ice conditions this year are less significant than they were in in 2018 and 2019.

GRCA reservoirs are at their normal operating level for this time of year and conditions are being monitored closely. The GRCA’s major dams are being operated to reduce frazil ice generation where possible in an effort to help decrease the potential for ice jam formation downstream of these water bodies. Minor ice jams have formed in the Grand River upstream of Highway 86 near West Montrose, as well as downstream of Victoria Street and through the Freeport area of Kitchener. These ice jams are relatively small at this time and will be monitored as conditions change heading into the spring.

Colder temperatures have resulted in some ice formation, however most natural water bodies throughout the Grand River watershed are not monitored for the purpose of winter recreation. The public is asked to stay off all unmonitored water bodies due to unsafe conditions.

Ice conditions can change quickly and are susceptible to daily changes in underwater currents, temperature, wind, and precipitation. Accessing frozen natural water bodies puts both the public and municipal first responders at risk. Anyone who falls through the ice could experience hypothermia and death within minutes.

There has been a significant increase in the number of people accessing natural areas and water bodies this winter. Banks adjacent to local waterways are very slippery and, when combined with cold, fast-moving water, pose a serious hazard. Parents are encouraged to remind their children of the risks associated with these hazards and keep pets away from all water bodies.

This message replaces the previous Watershed Conditions Statement issued on January 12 and will remain in effect until Thursday, April 1, 2021 and will be updated if necessary.