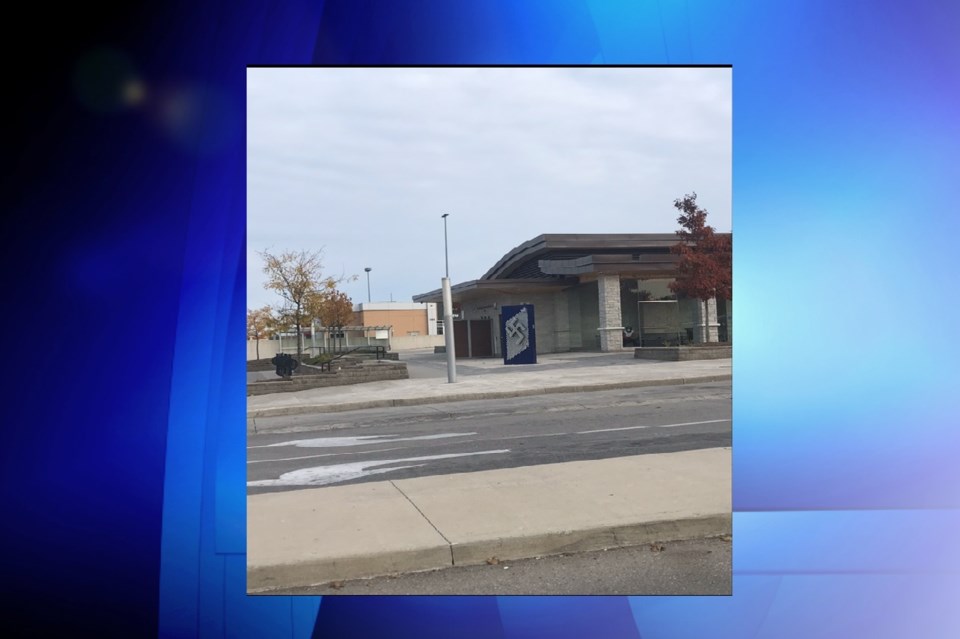 A quick response from the region’s transit provider after a hate symbol was briefly seen on Sunday on the Cambridge Centre Mall transit terminal’s public art display.

Peter Zinck is the Director of Transit Services for the Region of Waterloo - speaking with 570 NEWS, he said that the station’s pinboard had been manipulated to show a swastika and that the behaviour was promptly addressed by GRT staff in under an hour.

“We’ve turned the matter over to police, who will investigate. We will be fully supporting their investigation in any way that GRT can.”

Zinck said that the report came through from a media service on Sunday morning around 9:00 a.m. Staff members were sent to the Cambridge Centre station to re-arrange the board before forwarding the issue to regional police. He said that Grand River Transit places a high priority on these kinds of issues – whether it’s a public art display or a reported piece of graffiti.

When asked about problematic behaviour with the pin-board display and whether a decision would be considered to remove it, Zinck said that this is the first reported circumstance of the public art piece being misused in this way.

“Hopefully this is just a one-off, and that people recognize this is there for public art and not for use of hate symbols.”

Zinck said that Grand River Transit remains committed to providing a safe environment for all riders and that they condemn symbols of hate or racial intolerance without reservation.

He added that if members of the public see anything like this on transit, they can report the behaviour on GRT’s website or through their call centre.

“… it’s just not acceptable on our services. We’ll deal with the matter quickly, and follow-up through the Waterloo Regional Police Services to ensure it’s investigated.”