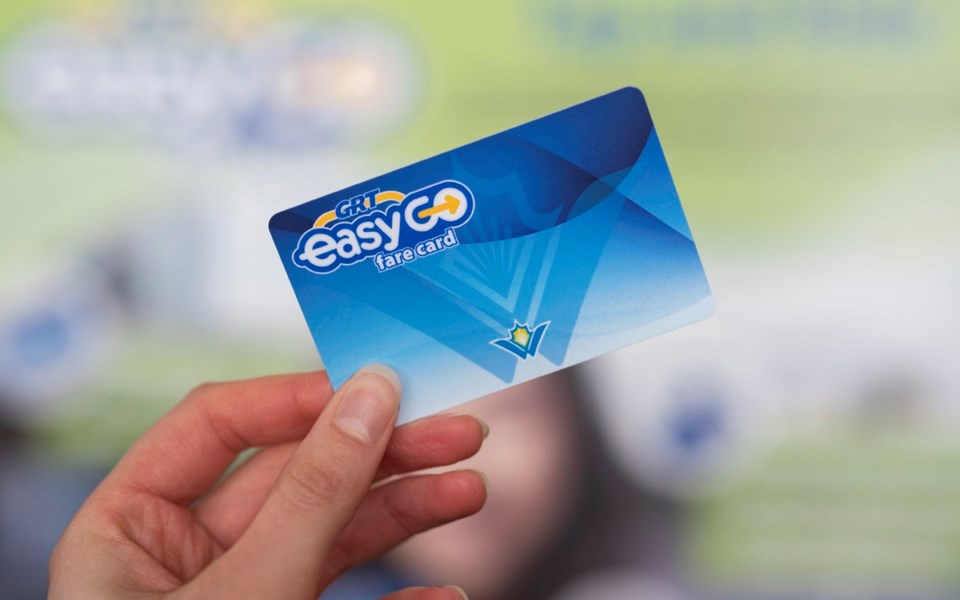 Grand River Transit says that they have fixed a payment glitch on EasyGo fare cards.

The GRT says that residents should now be able to load their cards online and tap on a fare box, platform card reader or fare vending machine without delay.

Passengers will know that the card is loaded when the screen says "Card Updated" and a noise is emitted afterwards.

If a person's online purchase has not been applied to their fare card by July 12th, they can need to fill out a form online.

Any monthly passes purchased during the outage, will be applied to cards before or by July 20th.

The GRT says they apologize for any inconveniences that the glitch has caused and are working to restore the correct value back onto people's cards.

1/4 The issue affecting EasyGO fare cards loaded online has been resolved. You card should be updated the next time you tap it on a farebox, platform card reader or fare vending machine. The screen will show “Card Updated” and you’ll hear a special tone: pic.twitter.com/4wyAXFZ2hi