The book called Police Line: Do Not Cross recounts alleged abuse of power within the police service
Aug 1, 2020 8:00 AM By: Cali Doran 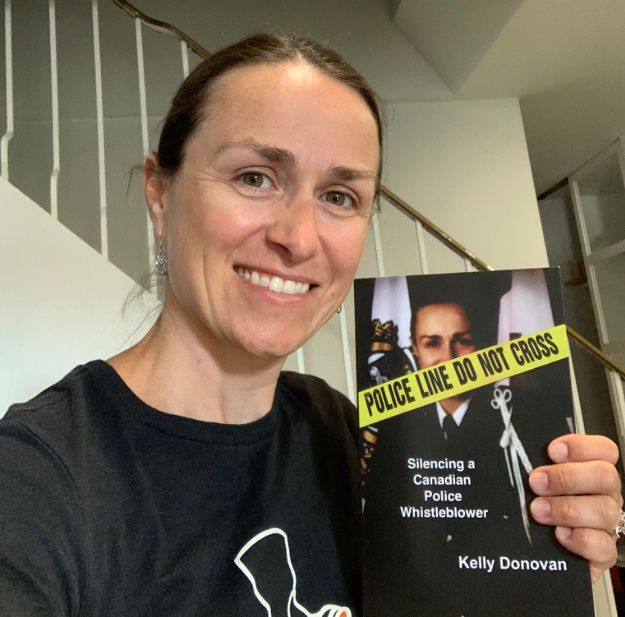 Kelly Donovan is a former police officer with the Waterloo Regional Police Service.

She resigned back in 2017, after speaking up about alleged abuse of power within the regional police service and facing a subsequent backlash.

To this day, Donovan said she continues to face retaliation at the hands of Regional Police, even though she has long since resigned.

She is now set to release a tell-all book that examines what she is calling systemic issues within policing and what happened to her during her time as an officer. The book is called Police Line: Do Not Cross.

Donovan told KitchenerToday with Brian Bourke on 570 NEWS that for many, there is a lack of trust in police, and she said its warranted.

"I am a perfect example of why people don't speak up in policing because the culture of fear is so prevalent and so strong, people know that if they speak up their careers are going to end, it affects finances, your family, it's retaliation that never ends."

She said Regional Police continue to try to stop her from speaking up, and she said it's important that the public knows.

"From 2016 until now the Waterloo Regional Police Services has spent over $340,000 just to pay their lawyer to try to silence me, so these are matters of public concern, those funds could have been used for legitimate crime prevention projects."

Donovan has taken her fight to protect police whistleblowers to the Ontario Legislature, the Ontario Superior Court of Justice and the Ontario Court of Appeal.