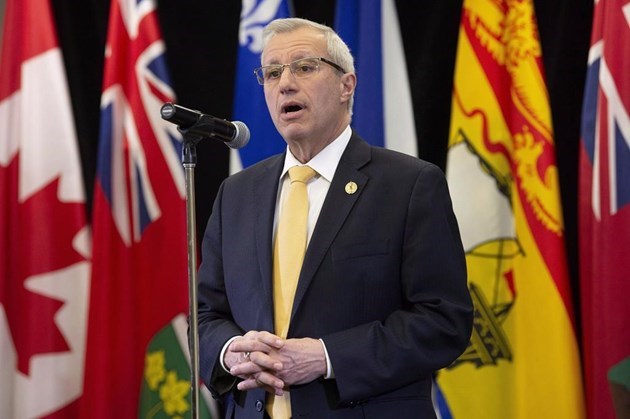 The government announced on Thursday morning that the budget will be released on April 11.

The government is working to eliminate a $13.5-billion deficit, but it has not said how long it plans to take to get there.

"Well, we're going to present our path to balance, because balancing the budget in a responsible manner is one of our real pillars that will help Ontario grow," Vic Fedeli told The Mike Farwell Show on 570 NEWS. "I call it the 'Goldilocks effect', it won't happen too quickly because that's quite frankly not responsible. It won't take too long because anybody can do that. So you'll see on April 11th, the date we'll balance the budget will be just right."

Fedeli says people will be at the centre of everything they do in government. "You're going to see us work hard to create and protect jobs for Ontario workers, but primarily you're going to see us preserve those critical public services that we talked about, our world class health care and education system."

He stressed that Premier Ford has stated that no frontline jobs will be eliminated under his administration. "He's (Ford) also said we will do the things we need to do through efficiencies ... For instance, in the health care plan ... these Ontario health teams, they'll connect the health care providers and services ... You're going to see us modernize how we do things. You'll see us find efficiencies in everything we do,"

Opposition parties have accused the Tories of inflating the deficit so they can justify cuts to programs and services.