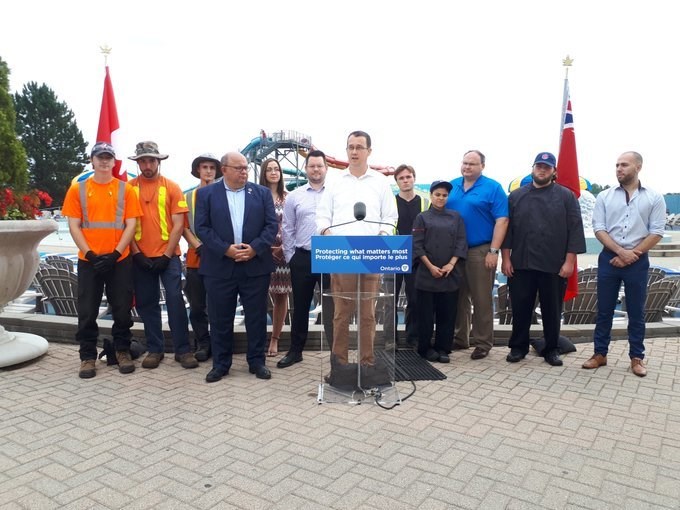 The Ontario Minister of Labour stopped by at Bingemans today to reveal more details about how Ford’s government safety blitz will affect local businesses.

Newly-minted minister Monte McNaughton has announced officials will be inspecting 150 local workplaces in Waterloo Region that employ many youths.

He says ministry officials will be ensuring that workplaces are following the occupational health and safety act, and that there are orientation programs in place for young workers.

“I was shocked to find out that in Ontario, between 2014 and 2018, 24 young workers were killed on the job. Just one injury or one death is too many to me. Moms and dads expect their kids to be home everyday after working in the summer and being on the job.”

He says they will be focusing in on certain sectors.

“We know where the majority of students will be working this summer, whether it’s the recreational services sector of the economy, or the food and beverage and hospitality sectors. We know that’s where most young workers are working this summer. We gave advanced notices to these businesses that these inspections would be happening.”

During last summer’s safety blitz, there were about 7000 work orders issued by the Ministry of Labour.

Statistics show that new workers in Ontario are three times more likely to be injured during their first month on the job.