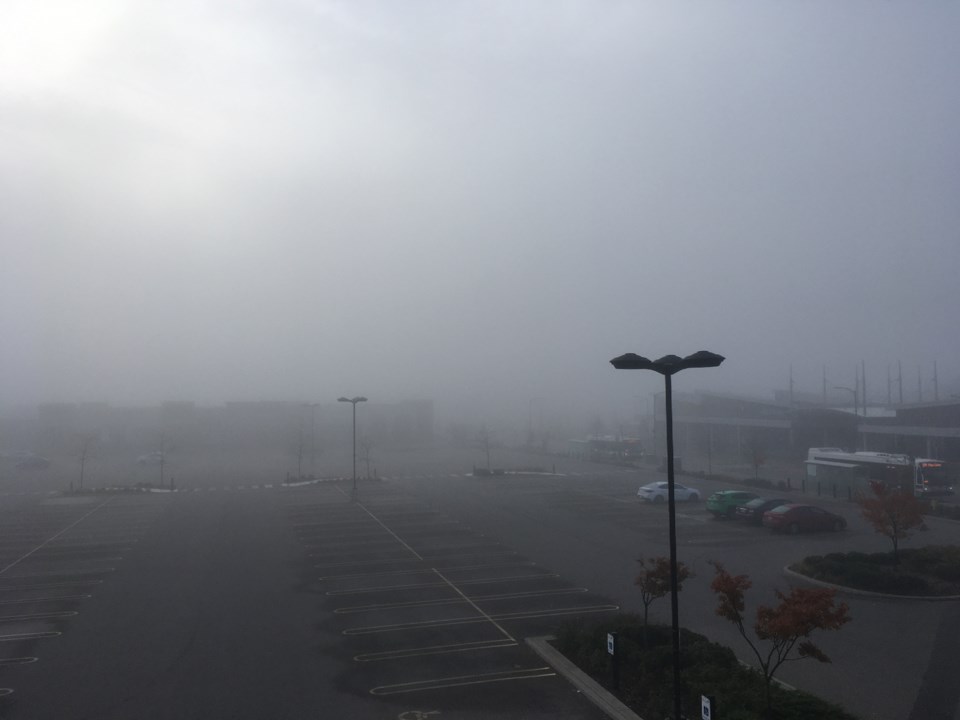 Near zero visibility in fog is expected or occurring.

A trained Canwarn Spotter reported visibility of less than 200 metres in fog in Kitchener around 8.30 AM.

Patchy dense fog is also appearing in some webcams across Waterloo Region, and Oxford and Brant Counties.

Fog will lift late this morning under the October sunshine.

Visibility may be significantly and suddenly reduced to near zero. If visibility is reduced while driving, slow down, watch for tail lights ahead and be prepared to stop.