This year's donation is aimed to help 35 different First Nation groups across Ontario
Nov 15, 2020 10:00 AM By: Nathan Shubert 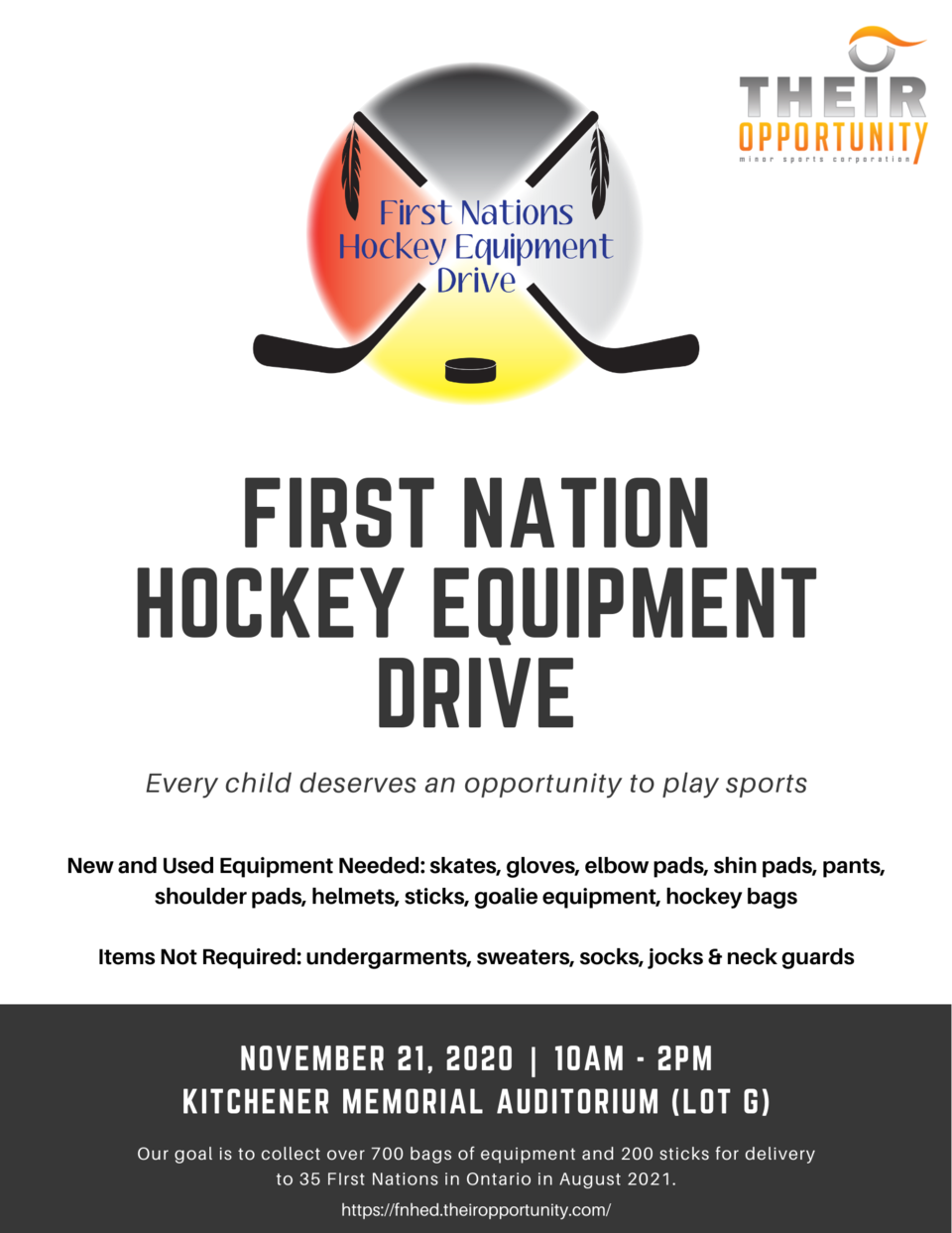 Waterloo Region residents are invited to consider donating any new or used hockey gear for this year's drive.

Set for November 21st, hockey dad from Richmond Hill Graham McWaters started the drive for hockey equipment after speaking with families from Beausoleil First Nation. When he found out that some of these families love hockey but could use better equipment, he felt inspired to help.

In the first year of the drive, McWaters reached out to his son's Richmond Hill hockey team to help raise donations and was able to collect six bags of various equipment and numerous hockey sticks.

Following the success of the first drive, there have been four since, each continuing to raise more than the last to the point where 500 bags of equipment were collected along with 200 sticks and was donated in the fall of 2019 to 25 First Nations youth and families within a six-hour drive of Barrie. A special delivery was also organized to deliver 75 bags to Thunder Bay for distribution to First Nation youth in the area.

This years' donation is aimed to deliver the equipment to 35 different First Nation groups around Ontario.

If you would like to make a donation, the drive is collecting new or used skates, elbow pads, shin pads, shoulder pads, helmets, pants, sticks, bags, and goalie equipment. The drive will not be accepting any undergarments, jerseys, socks, jocks, and neck guards.

If you would like to make a cash donation to support this event, the charitable organization, Their Opportunity, will be collecting funds to help buy new hockey helmets and support equipment transportation costs.