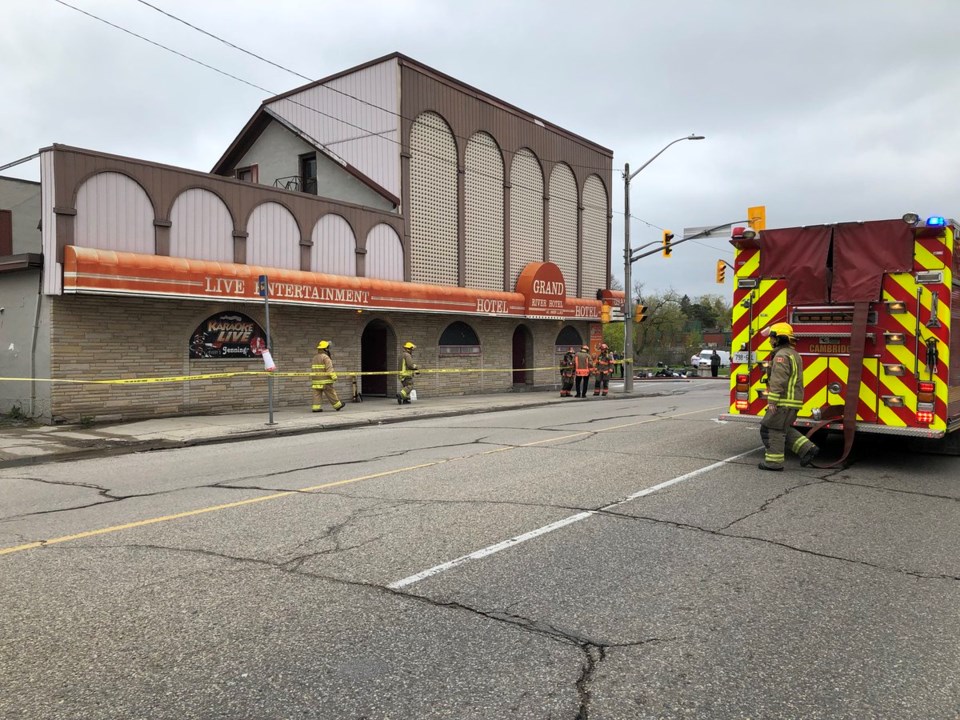 Firefighters respond to a fire at the Grand River Hotel in Cambridge on May 10, 2019. Aastha Shetty/KitchenerToday

Fire officials tell 570 NEWS that five people were hurt in a fire at the Grand River Hotel in Cambridge on Friday morning.

One man sustained burn injuries, four other people were treated for smoke inhalation.

Cambridge Fire Department Platoon Chief Rick Hembly said there were around 20 people inside the building when the blaze broke out.

"We rescued four people off the side of the structure, and one person extricated themselves." said Hembly.

"Right now, the building is unsafe to be in. We're still doing overhaul and putting out some hotspots." Hembly added.

There's no word on a cause yet, but police tell 570 NEWS it's being treated as suspicious.

with files from Erin Anderson

.@CambridgeFD is putting away their equipment. The fire at the Grand River Hotel has been put out. @570NEWS pic.twitter.com/EccdP6p9MR