'We’re going to investigate what exactly happened here. We are going to remain vigilant in protecting people’s data, which we know is so important'
0
Jul 30, 2019 4:50 PM By: Aastha Shetty 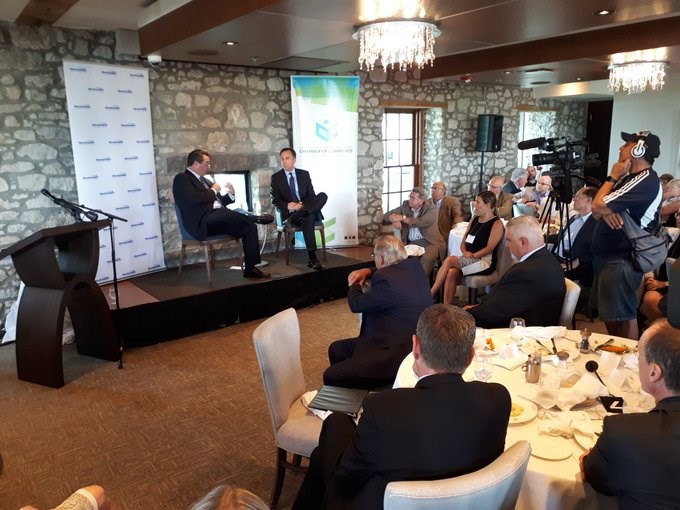 Finance Minister Bill Morneau has a "fireside chat" at the Cambridge Mill on Tuesday. Aastha Shetty/KitchenerToday

Canada’s Minister of Finance, Bill Morneau, visited the city of Cambridge on Tuesday, to deliver a speech promoting the Liberal Party.

During his visit, he was also asked to comment on the Capital One data breach, which compromised the personal information of almost six million Canadians and, in some cases, the hacker was also able to obtain the social security and bank numbers of some Canadians.

When asked to comment on the situation, Finance Minister Bill Morneau says the government will be “digging into the challenge” when it comes to unraveling the Capital One data breach.

“We’re going to investigate what exactly happened here. We are going to remain vigilant in protecting people’s data, which we know is so important. There will be criminals who continue to steal data, and our job is to try to protect Canadians not only here, but abroad, to make sure that we have insurance that this is not something that will happen again in the future.”

He implies it is not yet clear if stricter laws would have prevented the data breach.

“Look, we’re at a stage where we are trying to investigate to make sure we understand what’s going on. This is of really significant concern. We recognize that and we will have much more to say in the coming days and weeks.”

He says he has spoken to several people to try and understand what exactly happened, including the head of the Office of the Superintendant of Financial Institutions and the head of Desjardins.

Morneau says his office is also working on getting in touch with the head of Capital One.