Officials with the City of Kitchener say the hill has been getting increasingly slick over the last couple years, making conditions increasingly dangerous
0
Dec 2, 2019 7:52 AM By: Mark Pare 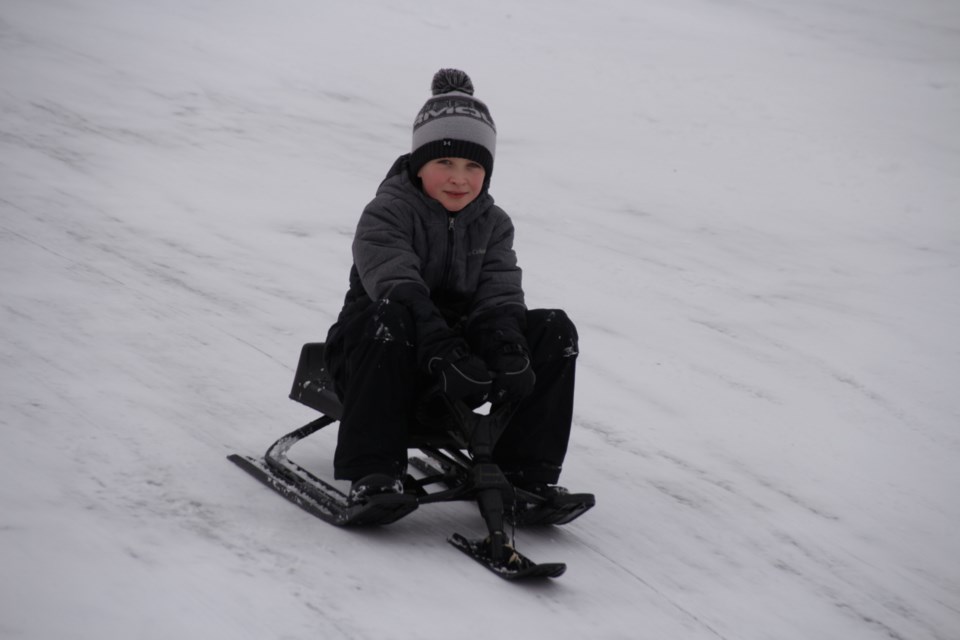 File photo of a child sledding down a hill.

Those with the need for speed on McLennan Park hill in Kitchener can expect a fence, one that will essentially cut the hill in half.

The city is putting a fence near the top of the hill, pushing the start point to halfway down.

"The icy conditions we've been having the last couple years have led to the hill becoming very slick, and that meant that people have been building up a tremendous amount of speed on their way down the full length of the McLennan Park hill, and starting to overshoot at the end of that," says Niall Lobley, Kitchener's Director of Parks and Cemetaries.

He says the fence is an effort to try something different, instead of closing the hill altogether.

"We're constantly looking at ways to do things," Lobley notes, "If this doesn't work, we'll try something different.  I think we're very open to trying all kinds of new things.  Whether or not we can move the toboggan hill to somewhere else, whether it's a longer 'L' run, whether we look at how else we may be able to manage the tobogganing hill."

"There's all kinds of solutions we can think of, but this is the one that we thought we give a shot this year."

On top of that, there will be fencing put in along the side, acting as more of a path for sledders to safely climb back to the top.

The fencing should be up by Christmas Day, and will have gates in them so it can stay up during the summer, allowing those who perform high-intensity workouts when the snow is gone to utilize the hill.

Bingemans will host the Ultimate Poutine Drive-Thru
May 31, 2020 11:00 AM
Comments
We welcome your feedback and encourage you to share your thoughts. We ask that you be respectful of others and their points of view, refrain from personal attacks and stay on topic. To learn about our commenting policies and how we moderate, please read our Community Guidelines.