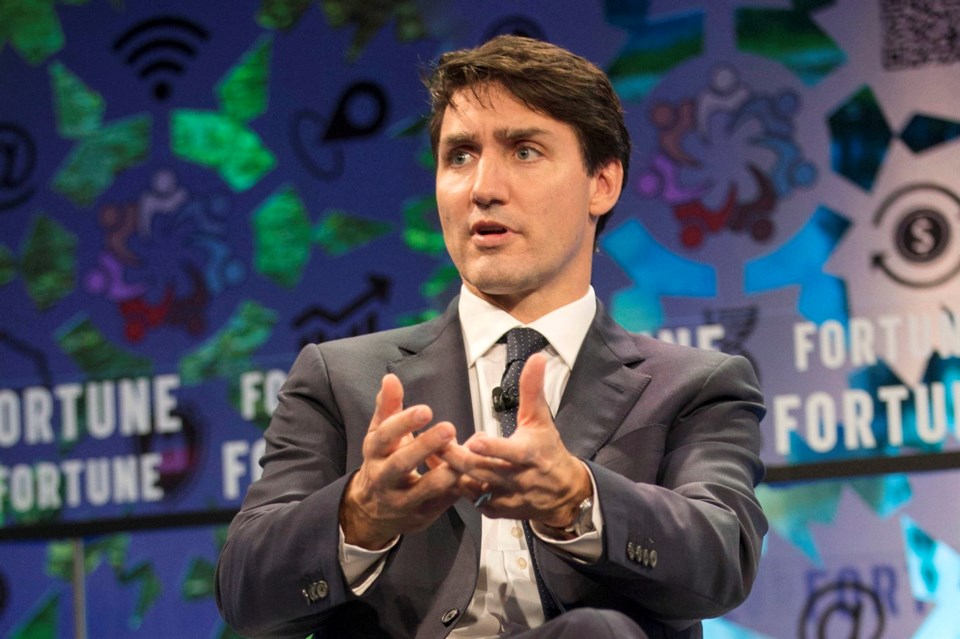 The federal government will return 90 per cent of all the money it collects from a carbon price directly to the Canadians who pay it.

Prime Minister Justin Trudeau is unveiling the details of the carbon tax rebates, dubbed the Climate Action Incentive, as he tries to sell Canadians on the need to pay for pollution without breaking their pocketbooks.

The remaining 10 per cent will be handed out to small and medium-sized businesses, schools, hospitals and other organizations who can’t pass on their costs from the carbon tax directly to consumers.

The rebates will only apply in Saskatchewan, Manitoba, Ontario and New Brunswick — the four provinces which have refused to impose their own carbon price — and the average household payments in those provinces will range from $256 to $598.

Officials say 70 per cent of people in those provinces will get back more than they end up paying out as fuel costs rise to incorporate the carbon tax.

They will also get a four month reprieve from the carbon tax as the government pushed the implementation of its $20 per tonne tax to April 1 to give more time to fuel distributors and other companies the time they need to put it in place.

Trudeau says his new carbon tax rebate system puts a price on pollution without breaking the bank for families.

He gave a preview of the plan in two separate radio interviews earlier today.

“The vast majority of families are receiving more money back from this incentive than they pay in extra costs for the price we’re putting on pollution,” the prime minister said in an interview that aired on 570 NEWS.

He told CBC that “every resident” will be compensated “for the extra costs.”

Trudeau has promised many times every penny collected from the carbon price will be returned to families and businesses and other organizations in the province where the money is raised.

The carbon tax is set to be a critical element for debate in the next federal election with the Conservatives promising to scrap it if they are elected and growing push back from premiers. Trudeau believes Canadians will be on the side of pricing pollution in order to ensure emissions are cut and climate change is kept in check.

“We know putting a price on pollution is a fundamentally essential tools to actually fighting climate change,” Trudeau said.

“But we also know we need to make sure that families are ok and that’s why we’re going to be compensating families and Canadians in the provinces in which we’re bringing in a price on pollution.”

Trudeau, Environment Minister Catherine McKenna and Finance Minister Bill Morneau are in the heart of Ontario Premier Doug Ford’s support base in Toronto to make the announcement. Ford has been among the most critical of the carbon tax and immediately cancelled Ontario’s cap and trade system when he was elected earlier this year.

Trudeau applauded the provinces that have a carbon plan, and said the others “have not gotten to the place where they’re actually putting a price on pollution so they continue to want to make pollution free.”

“We think that shouldn’t happen,” he said.

Ottawa announced two years ago it would require every province to have a price on emissions, and that it would impose one on those who refused. The current requirement is for it to be $20 a tonne by Jan. 1, rising $10 each year until it hits $50 a tonne in 2022.

You can listen to the interview below: