Mike Farwell tells us in his own words about the month long campaign
0
May 1, 2019 6:30 AM By: KitchenerToday Staff 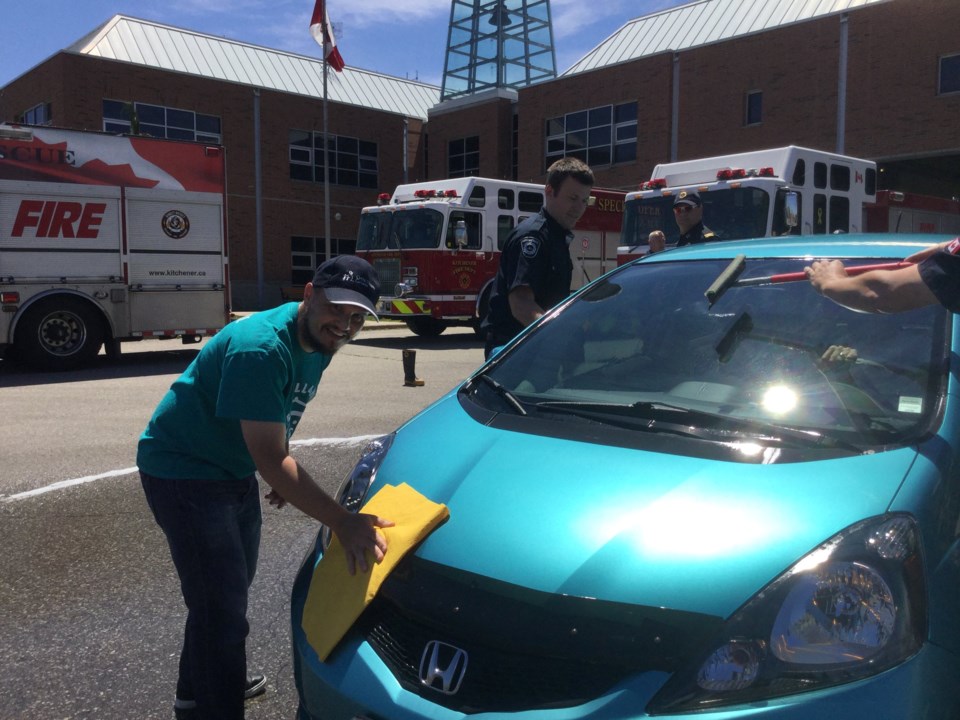 KitchenerToday.com hired Mike Farwell, host of The Mike Farwell Show and play by play voice of the Kitchener Rangers on 570 NEWS, to tell us his story and more about the Farwell4Hire campaign

Cystic Fibrosis has always been part of my life.

Fortunately for me, I don't have the most common, fatal genetic disease affecting Canadian children and young adults. I'm one of the lucky ones.

The same can't be said for thousands of children across Canada, including two of my sisters. Luanne and Sheri were born in 1969 and 1975, respectively, and since then, CF has been in our lives.

My sisters lived like any other kids would. They played hard, laughed loudly, and followed their dreams. They did all of that despite stopping twice per day to deal with their disease by doing a series of treatments to keep their air passages clear. And that’s to say nothing of the enzymes they took – by the dozens – with each meal so that their body could properly digest their food.

Cystic Fibrosis attacks the lungs and the digestive system. The degree of CF severity differs from person to person, however, the persistence and ongoing infection in the lungs, with destruction of lungs and loss of lung function, will eventually lead to death in the majority of people with CF. At present, there is no cure.

My sisters lost their valiant battle with CF many years ago. Luanne was only 24 and Sheri passed away at the age of 18.

I dream of a world without CF and, while we're on the way to that, I dream of making lives better for those who are still living with the disease. Incredible research – among the very best in the entire world – is being done right here in Canada, and I raise funds to support that research and, ultimately, that cure.

My efforts started many years ago when I, like so many others, sought sponsorships from friends, family, and co-workers for our annual CF walk. After that, I tried a few stunts like sitting in a dunk tank, boxing a world champ, and jumping out of an airplane from 10,000 feet above the Earth. Still, year after year, I was asking.

Eventually, I got tired of asking.

So, in 2014, I decided to mark Cystic Fibrosis Awareness Month (May) by not asking anymore. Instead, you would ask me. Ask me to do an odd job for you, and pay me for that job. But the payment would be a donation to CF research.

To say it caught on quickly would be an understatement. We raised more than $20,000 in that first year, May of 2014, and a little more than that in 2015. Year after year we'd try again, and year after year our fundraising total grew. Last year, our fifth of the campaign, we raised an incredible $138,000, bringing our five-year total to more than $330,000 raised. Make no mistake, Waterloo Region is making waves. We are known from coast-to-coast as one of the leading communities when it comes to funding CF research.

Over the years, I've done some of the oddest jobs imaginable – from cleaning the sheath of a horse to donning a tutu and joining a children’s dance class. I've also met some incredible people with amazing stories and unsurpassed generosity. There simply aren't enough words or thank yous to go around.

But as we turn the calendar to May, we're going to go around again. For the next 31 days (or so), I'll be doing more odd jobs and joining more people in the fight against Cystic Fibrosis. We hope that this year we'll reach a fundraising total of $150,000. I don't know if we can get there but I know we'll work as hard as we can to achieve that goal.

I hope you'll join us. If the past five years is any indication, together, we're unstoppable. I certainly don't plan on stopping until we've found that cure. So if you have an odd job, and you think I can help, send me an email at mike@570news.com. And please make your donation payable to Cystic Fibrosis Canada.