This is ahead of extensive rehabilitation to return it to its former glory
Sep 26, 2019 7:00 AM By: Cali Doran 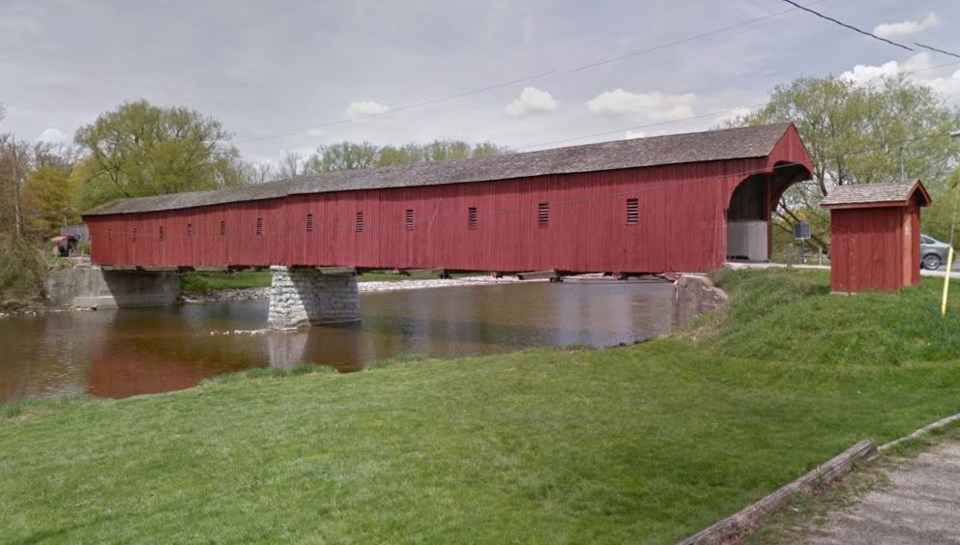 Construction is expected to get underway this fall to repair a covered bridge in West Montrose.

The bridge sustained some damage earlier this month.

"We had a overloaded vehicle go across the bridge, it cracked through the floor beams. The bridge has been closed temporarily. We had an engineer take a look at it, and have closed it to vehicular traffic, but an engineer has determined that it can take a pedestrian load," said Mike Henderson, Manager of Program Development in Transportation at the Region of Waterloo.

He said the repairs will likely take place in November and will take a few weeks.

That means the bridge will be fully closed to the public.

"There were two cracked floor beams, so we will swap those out, put new beams in and have an engineer review it again, and then hopefully open it."

Also known as the 'Kissing Bridge', it was built back in 1881. It is the only wooden covered bridge in Ontario, and the oldest of its kind in Canada. It was also featured in the 2017 film 'It' - based on Stephen's King novel.

Henderson said a large scale rehabiliation is in the works, with design work expected for next year.

Scarborough man arrested in fraud case at Kitchener store
Oct 20, 2020 6:40 AM
Comments
We welcome your feedback and encourage you to share your thoughts. We ask that you be respectful of others and their points of view, refrain from personal attacks and stay on topic. To learn about our commenting policies and how we moderate, please read our Community Guidelines.