The Elmira couple have been on the road since June, promoting Canada's dairy industry
Jul 10, 2018 5:16 AM By: Mark Pare 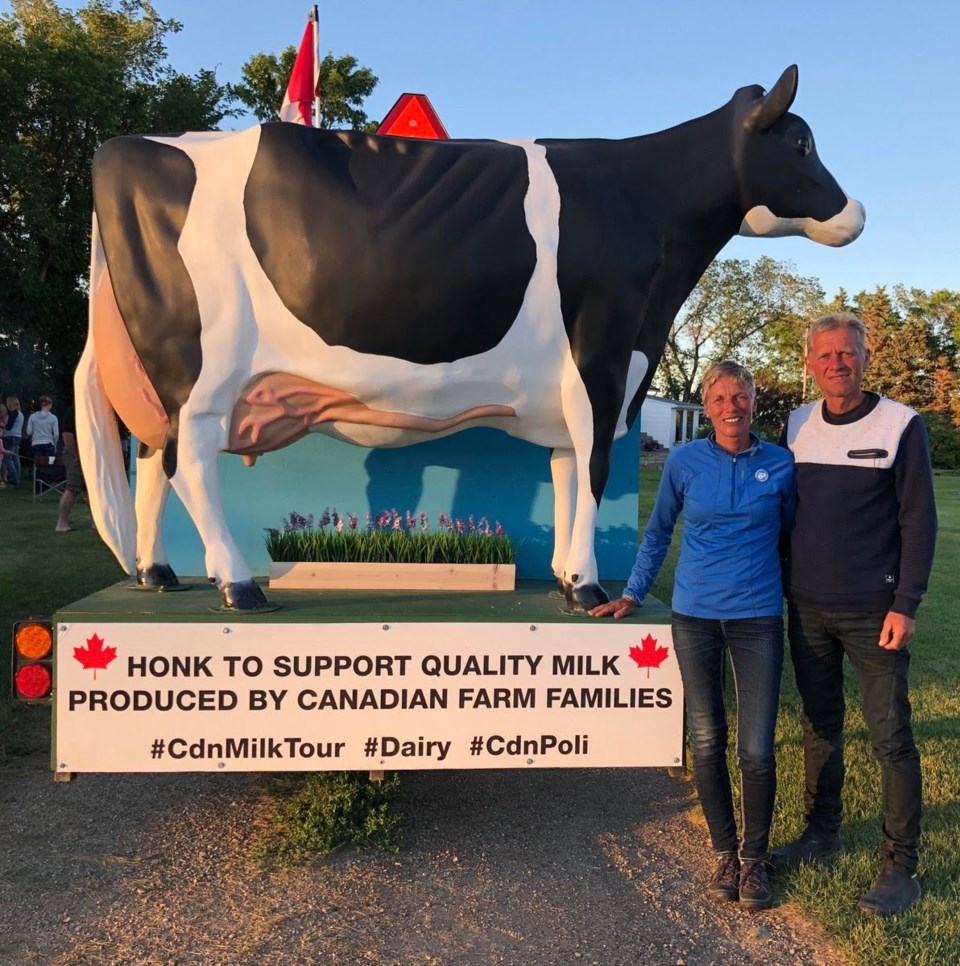 A crash involving a tractor and a semi-truck in Saskatchewan has killed an Elmira woman.

It happened Monday morning on Highway 16, just north of Saskatoon.

55-year old Bettina Schuurmans was killed, while her husband Henk was injured and is recovering in hospital.

The driver of the semi was not hurt.

The Elmira couple had been on the road in the tractor since June, promoting Canada's dairy industry.

They had a large, imitation dairy cow named Maple on the back, and were documenting their Canadian Milk Tour on Twitter (@CDNMilkTour), talking with consumers about supply management and its benefits to the dairy sector.

"They drove thousands of miles, talking to consumers and staying with dairy farmers. They have really touched a lot of people," said Joy Smith, SaskMilk's manager of policy and communications.

A GoFundMe page has been started on behalf of the Schuurmans family.