Mental health researchers are sounding the alarm over a growing body of data suggesting that dementia patients in Ontario are increasingly being assigned to scarce health-care beds ostensibly reserved for psychiatric patients.
Dec 9, 2020 6:00 AM By: Ben Eppel 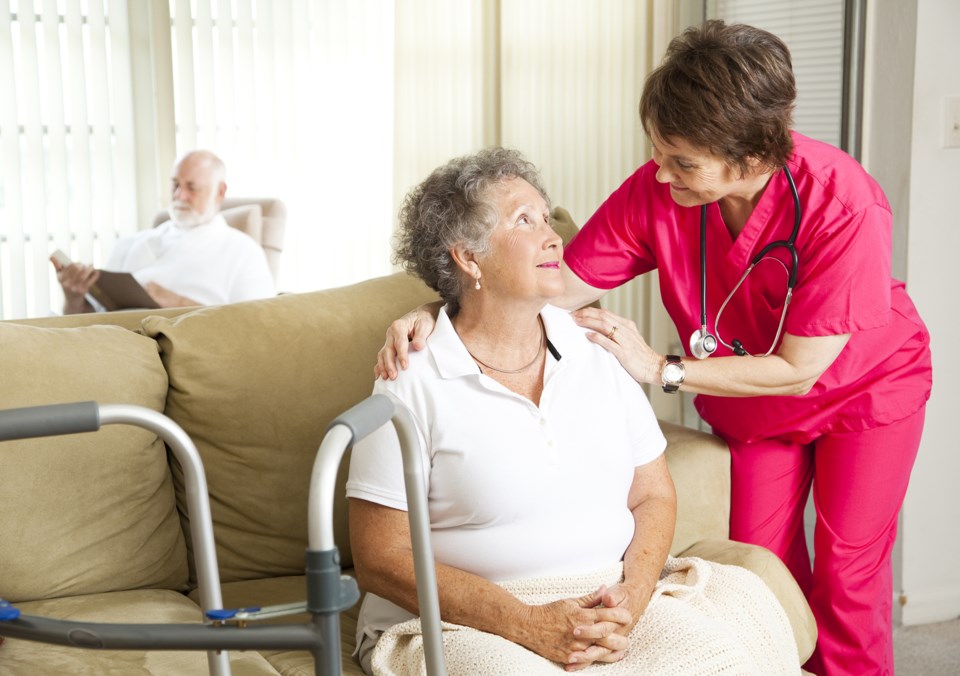 Waterloo Region has some of the best supports in geriatric medicine, but there simply aren't enough of them when it comes to psychiatric care and dementia care.

"Sometimes it's very difficult for a person with dementia to get their thoughts across, then they get agitated and upset," said Dr. George Heckman, associate professor at the University of Waterloo and Schlegel Research Chair in Geriatric Medicine. "They have behaviours that are very difficult, sometimes, to manage, and when that happens you need a lot of specialized work to be done. Unfortunately we just do not have the resources."

What ends up happening on an increasing basis is dementia patients may be misunderstood, and sent to a psychiatric ward for treatment. Not only does this bog down the mental health system, it also can have long-term consequences for the patient.

"You end up having complicated problems that end up in hospitals and psychiatric units that arguably are not ready for that, not equipped for that."

It's a problem that has its roots patially in medical school, according to Dr. Heckman.

"What I might say might be controversial, but I find the only reason that I'm a geriatrician is I had a mandatory rotation when I was an intern. Of the 16 teaching hospitals in Canada (medical schools), only six of them have a mandatory geriatrics rotation for specialists."

Ultimately, one partial solution is to break down the silos separating healthcare workers. Such an example can be found at The Village at University Gates, right on the doorstep of the University of Waterloo.

"I'm lucky to work at the Village at University Gates, which is on the Waterloo campus. The way that we do things is we work side-by-side. You eliminate the complicated, 'I'll write you a letter, I'll send you a referral,' and it takes six months to be seen. We just work together as a team, and that way we teach each other."

Dr. Heckman also noted that there's a lack of understanding when it comes to what dementia is.

"Think about something that might have happened to you when you were younger that was very traumatic, and imagine how that might show up in 20 to 30 years if you develop dementia. How that might cause you to behave if someone doesn't understand. What would you want people to know about you, that might help them understand how you behave when you have dementia, so they can respond to you the right way?"

Above story by Ben Eppel. The following was published by the Canadian Press Dec. 6, 2020. Dr. Heckman is one of the researchers who helped uncover this trend.

Mental health researchers are sounding the alarm over a growing body of data suggesting that dementia patients in Ontario are increasingly being assigned to scarce health-care beds ostensibly reserved for psychiatric patients.

Medical experts describe the trend as troubling, noting such moves threaten to overtax a mental health system that struggles to deliver adequate psychiatric care at the best of times.

Dementia patients currently occupy one-third of psychiatric beds in Ontario hospitals, according to data from the Canadian Institute of Health Information, in part because traditional hospital beds and long-term care homes are also packed.

Experts warn such a setup risks the health of dementia patients, who may find themselves confined to units ill-suited to their needs and receiving treatment that can do more harm than good.

"I've never seen a person come back from a psychiatric admission with dementia who didn't have at least one other major psychotropic drug added or increased," said Dr. Allen Power of the University of Waterloo Research Institute for Aging.

Power said dementia patients are at risk of serious side effects from those medications, which are sometimes used as "chemical restraints." Possible side effects could include increased risk of falls, stroke and death, he added.

"I don't think psychiatric admissions are helpful other than taking a dangerous situation and calming it for a short time," Power said. "I don't think it is helpful in the long run."

Even so, psychiatric admissions for people with dementia have more than doubled over the past 10 years as the prevalence of dementia has increased in Ontario's aging population.

And the crisis, which the data shows already costs the province about $300 million a year, is expected to worsen due to the reduction of available beds during the COVID-19 pandemic, as well as the ballooning number of residents living with dementia.

Such patients are already spending too much time in psychiatric wards while they wait for a spot in a long-term care home, said Dr. Sachin Sarin, an acute in-patient and emergency psychiatrist in a mental health unit in St. Catharines, Ont.

These intervals are predicted to soar as the number of people living with dementia in Ontario will double by 2038, according to a document prepared in 2016 by the former Liberal government's Ministry of Health and Long-Term Care.

In the interim, the Ontario Long Term Care Association warns that provincial measures introduced to reduce the spread of COVID-19 in nursing homes immediately reduces the number of beds available — such as a directive preventing the facilities from grouping new residents in rooms of three or four.

He said he's treating more people in crisis with serious mental illness who delayed seeking care or who had reduced outpatient supports as a result of the pandemic, he said. he fears that specialized psychiatric beds will be unavailable when needed for urgent mental health concerns such as acute psychosis, suicidal intent or significant depression.

The very fact that a dementia patient has been in psychiatric care could affect their ability to get a long-term care bed, said John Hirdes, a University of Waterloo professor who studies health care delivery in geriatrics and psychiatry.

He said dementia patients who have spent time on a psychiatric ward may later be denied a long-term care bed on the basis of their past medical history.

“If it's a behavioural issue and an older person, I think there's still a stigma attached to that,” he said.

He wants to see better mental health resources in nursing homes so that residents won't be stigmatized for having been in psychiatric care.

A few specialized hospitals, such as Ontario Shores in Whitby, Ont., and Baycrest Centre in Toronto, have created units to address the crisis.

But the overall number of beds are limited, concentrated in urban areas, and do not exist in all communities.

A representative for Ontario's Ministry of Health, for its part, said that while the department funds and regulates hospitals, it "does not play a direct role in the governance or management of hospitals."

"While it is important for the Ministry to receive feedback about experiences in the health care system, hospital administrators are responsible for the day-to-day management of their hospitals, including the delivery of services and implementation of programs ... within the parameters of provincial legislation," Anna Miller said in a written statement.

This report by The Canadian Press was first published Dec. 6, 2020.

Kaleigh Alkenbrack is a family physician and psychotherapist in St. Catharines, Ont., and a fellow in Global Journalism at the Dalla Lana School of Public Health.