Debate continues over future of SJAM statue in Baden

Some are calling for the removal of the Sir John A. MacDonald statue, while others are pleading for it to stay
Jun 29, 2020 4:15 PM By: Cali Doran 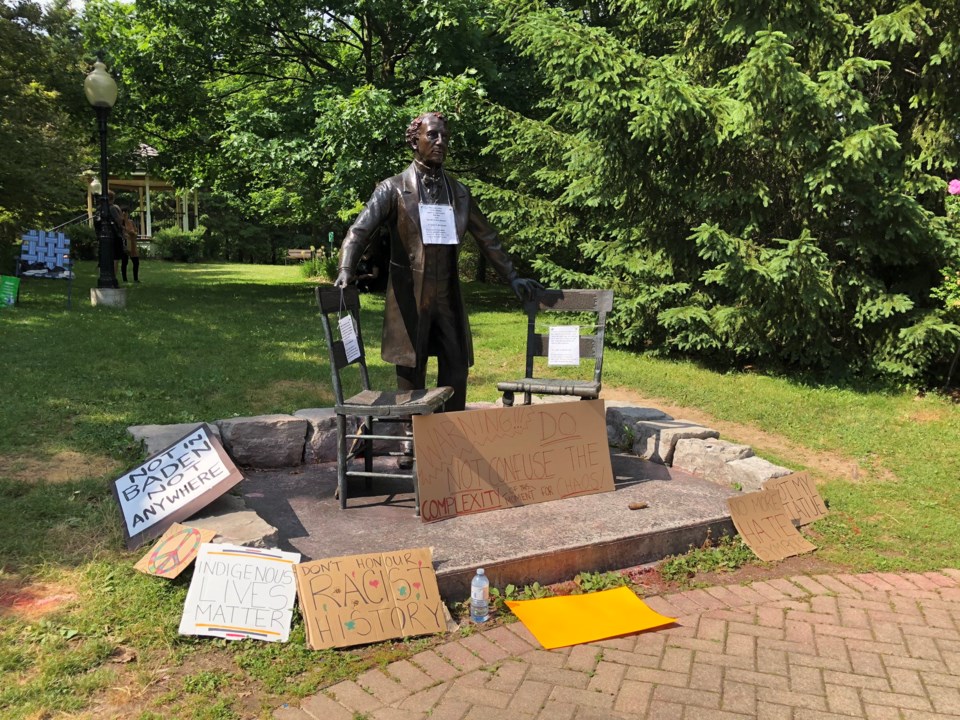 File photo. The statue of Sir John A. MacDonald, surrounded by signs placed by participants of a sit-in on Saturday. Phi Doan/KitchenerToday

The statue has been called into question as many reflect on Sir John A. MacDonald's checkered past with Indigenous people.

Over the past couple of weeks, the statue has been doused in red paint and was the centre of protests calling for its removal.

"I don't see myself walking by a statue as an Indigenous person when I know all the harm that his policies and legacy of his policies have caused to me."

She said the statue doesn't address the former prime minister's faults and past with racism, and as a result, many people are unaware of it. Campbell said there is a better way to address history to reflect all sides.

Meantime, Michael Harris, Regional Councillor said the statue should stay put as it is important that we don't erase history.

"We need to remember our history warts and all, and we have to be able to have a civil conversation...reconciliation is about finding a balance and telling the history of this country."

He is recommending that some changes be made, to address a deeper history of Canada.

"I would love to see potentially added statues within the prime ministers path, highlighting some of those Indigenous leaders."

Harris said these statues can be used to educate future generations.