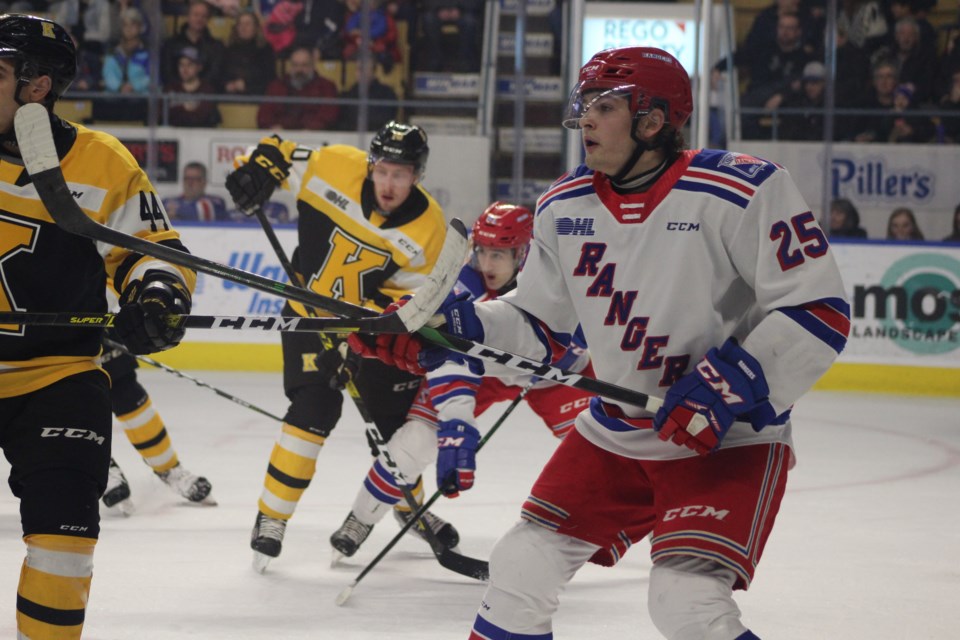 Mike McKenzie wants some respect put on the name of Declan McDonnell.

The Kitchener Rangers general manager and head coach channeled his best Bobby Heenan, the legendary wrestling promoter known for speaking at length about his friends’ attributes.

“He’s a guy no one talks about. He should be getting more interest from NHL teams,” said McKenzie after McDonnell’s first hat-trick on Friday. “People should be talking about him more. He’s third overall in rookie scoring.”

“Work ethic and compete every practice, every work out and every shift. He’s on time for school every day. He goes to class every day. He’s low-maintenance. I can’t say enough good things about him.”

McDonnell has found a slot on Kitchener’s third line and has been one of the Rangers’ most consistent players.

McDonnell was taken in the third round of the 2018 Ontario Hockey League Priority Selection, and spent last year with the Buffalo Junior Sabres.

His GM-turned-HC has obviously seen enough to expect Declan's name to be called in June.

“He’s a good kid,” said McKenzie. “He’s a guy that embodies what it means to be a Ranger, on-and-off the ice.”

So Declan, what does it mean to be a Ranger?

"Just showing up to the rink every day giving it your all, representing that logo and putting it all on the ice every night,” said the rookie forward.

McDonnell had two tallies and his Rangers smashed the Sarnia Sting 7-0, Sunday.

He tries to turn a few more heads Tuesday, when his team hosts the Erie Otters.