There have been several coyote sightings in the area of Churchill Park
Jun 13, 2018 9:50 AM By: Erin Anderson 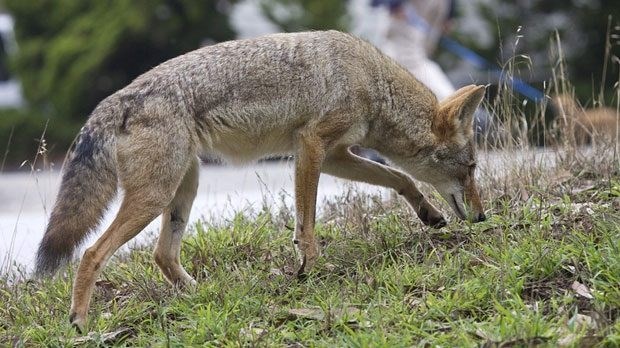 File photo from The Canadian Press.

You’ll want to keep a close eye on your kids, or any small pets, if you live in Cambridge.

The warm weather has our local wildlife coming out of the woodwork, with numerous coyote sightings in the Churchill Park area.

Dennis Purcell is Director of Building and Enforcement and Chief Building Official with the City of Cambridge.

"We occasionally get reports about coyotes being seen in public spaces around the city, but public safety is obviously always the number one concern for us. So we remind residents that wildlife should be left alone if they're encountered - as they can become aggressive if they feel threatened, so stay clear of them and just leave them alone."

Purcell says if you're out walking your dogs, keep them on a leash.

"It's safer for your pets, it's safer for the wildlife, and just a reminder - that is regulated by our bylaws as well. We further encourage people to not feed the wildlife, as that can do more harm than good. Make sure if you're out picnicing or with your family in the parks that you clean up your garbage so it doesn't create circumstances that attract wildlife, and don't feed your pet outside either."

Purcell adds thankfully, there have been no reports of rabies in the city as of yet.

"We haven't had any reports of that, so we would again just encourage people to stay clear of wildlife - don't approach or try to feed them. Then we don't have to worry about that kind of thing."

If you spot an animal - you can contact the city, although they aren't necessarily the ones who will respond.

"They can certainly contact the city - but generally speaking, wildlife is not dealt with by the city. We typically would just contact the Ministry of Natural Resources for some direction and guidance. So if there is a sick or injured animal, we can report it to the proper authorities."

Purcell adds that city is concerned with public safety, and staff is doing everything they can to ensure residents are indeed safe, and able to enjoy all the things that the city has to offer.