The organization is calling on the Ford government to reinstitute sick days
Jan 26, 2021 8:00 AM By: Ben Eppel 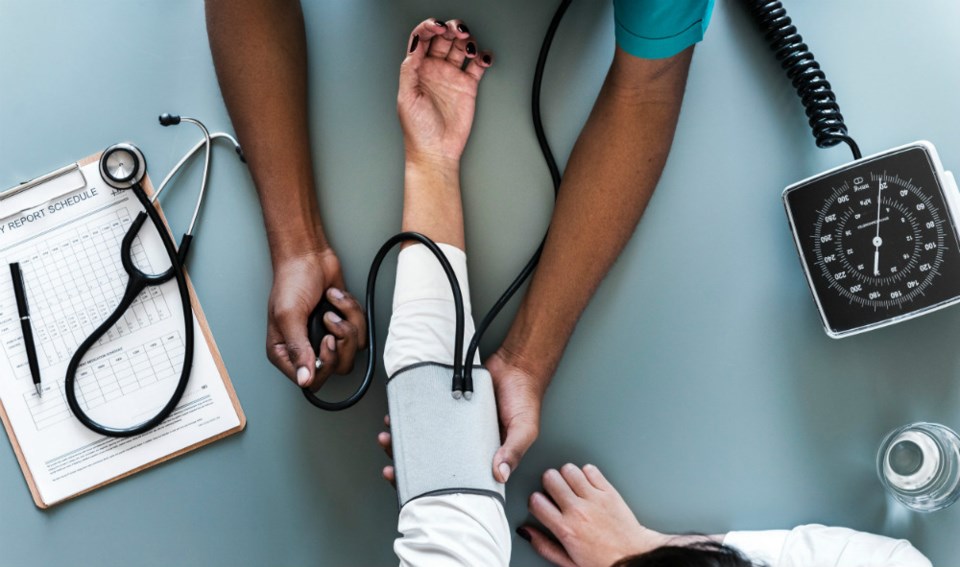 It has been one year and one day since the first case of the novel coronavirus was confirmed in Canada.

One year into a pandemic, some basic supports for those frontline workers we call heroes are still hard to reach.

Healthcare workers, in particular, are no longer given self-isolation pay through the Ford government.

"Through the $19-billion Safe Restart Agreement negotiated between the federal and provincial governments, more than $1 billion was dedicated to the funding and implementation of paid sick days - which these nurses should qualify for," said Harry Godfrey, a spokesperson for the Ministry of Labour.

"We appreciate the federal government's work on paid sick leave, which as they note, means workers do not have to choose between going to work and putting food on the table. While over 110,000 workers have applied for this benefit, only a quarter of the funds for this program have been used so far. Maximizing this program is the best way to support Ontario's workers and their families, and we know our federal partners are working to raise awareness about the Canada Recovery Sickness Benefit and get this money into the pockets of Ontario's workers even faster."

Those federal funds can take weeks to process, a timeframe that many frontline workers don't have the luxury of waiting according to the Registered Nurses Association of Ontario.

"We cannot put on the back of nurses the issues of not paying for self-isolation," said CEO Dr. Doris Grinspun. "Then we shouldn't be surprised when, if they need to work, they go to work."

That includes all workers in the province according to Grinspun, who said self-isolation will only work if everyone has the fiscal ability to do it.

Technically those 10 paid sick days are now covered by the Canada Recovery Sickness Benefit from the federal government, referenced above. You must apply each work week for that benefit, for a maximum of two weeks. Godfrey also sent 570 NEWS a statement from Premier Doug Ford accusing the opposition leader of spreading misinformation around paid sick days.

"Instead of helping inform Ontarians about the Canada Recovery Sickness Benefit, the federal paid sick day program with over $1 billion in funding from the federal-provincial Safe Restart Agreement, Andrea Horwath has been engaging in a weeks-long disinformation campaign, wrongly claiming that Ontarians do not have access to paid sick leave benefits," said Ford in part.

"My entire Saturday and Sunday was spent on the phone with nurses calling me from their workplaces, including from ICUs," said Grinspun. "They are also being doubled up with patients in ICUs where that is impossible because it's unsafe for patients and for them. They cannot provide the quality of care, it's putting an absolute load of stress on them. Quite frankly, to top it off, to tell you the truth, on Sunday I became aware of a nurse that took her life, ok? So, it's not a good day, it's not a good day. The premier needs to stop with this and start to be there for the workers. Completely. Period. End of story."

In an email, Public Affairs Manager Christin Arnott said, "With respect to Kitchener Waterloo paramedics, our most recent data shows:

The statement came almost one week after CUPE Local 5191 said that some paramedics who had tested positive for COVID-19 were denied claims. WSIB subsequently reviewed those claims previously denied according to reports.

Here's how each local hospital handles staff who are potentially exposed to COVID-19 regarding pay:

"St. Mary's does not  pay staff to self- isolate if they are exposed and cannot attend work," said a spokesperson for the hospital. "We connect affected staff to benefits and supports that are available through the hospital and/or government. Staff who test positive would be able to access to sick pay if they have benefits or WSIB if it were work acquired.

The direction to pay staff to self-isolate was lifted by the province in June and there are no emergency orders in wave 2 that allow the hospital to pay. We have to operate within our collective agreements."

"We don't pay staff to self isolate if they are exposed and they cannot attend work," said the VP of Human Resources. "In these cases, we try to identify work from home opportunities, and connect affected staff to benefits and supports that are available through the government.

Staff who test positive would be able to access to sick pay if they have benefits or WSIB if it were work acquired.

The direction to pay staff to self-isolate was lifted by the province in June and there are no emergency orders in wave 2 that allow the hospital to pay. We have to operate within our collective agreements."

"As with any staff who is off sick, CMH follows collective bargaining agreements," said a spokesperson for the hospital. "Should staff acquire COVID in the workplace, they will either get sick benefits or be eligible for WSIB payments. In the cases of needing to self-isolate, we will work with the staff to make accommodations such as work from home or self-isolate at work if possible. If this cannot be achieved, staff will not be paid.

Last year, a recommendation was made to hospitals to pay for staff to self-isolate. This was lifted in June and we have reverted back to our normal sick benefit procedures."